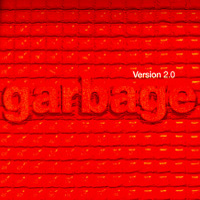 I’ve read a lot of reviews for this sophomore effort and most have made a fuss about the manner in which the songs were allegedly constructed. About how Shirley Manson, Butch Vig, and, um, those other two fellows would create loops and more loops, experimenting day after day at Vig’s Smart Studios in Wisconsin until they’d finally concocted a song. As if the songs somehow happened by accident. Quite frankly, I’m not sure I believe that. There’s little doubt the loops and riffs on Garbage‘s self-titled debut were often more recognizable than the infectious pop songs they sheathed. And Manson wasn’t even in the band when they first started tinkering about with that album. For those reasons, I can and do believe the first Garbage disc was crafted in this almost accidental fashion. I cannot, however, envision Version 2.0 being born like that. 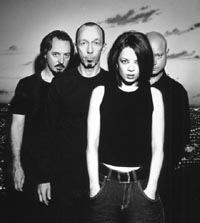 The songs, many infectious pop ditties easily calling to mind the likes of Blondie, are too potent and self-serving. Sorry, but “Special,” “When I Grow Up,” and “Temptation Waits” are far too focused and well-structured for me to believe they started out as a collection of random loops. Sure, they contain many loops, and lots of other impressive studio wizardry, but most sound like songs born of a singer coming up with lyrics and melodies while strumming an acoustic guitar! In this regard, Version 2.0 is almost the antithesis of Garbage’s debut, where the vocals and lyrics occasionally seemed to be there only to thread the noises together. Here the noises function more like decorations, slaves to the far more important songs they serve. Only “Hammering In My Head,” an almost random and undeniably experimental tune, seems to have been constructed around loops – and lots of them (a hundred, yawn, according to the press notes). All in all, a genuinely passionate and upbeat (yes, upbeat) pop opus with a masochistic tinge.
(360 North La Cienaga Los Angeles, CA 90048) 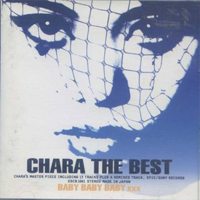 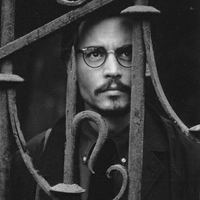