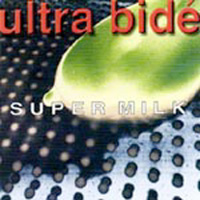 I recently read a review of this album where the writer complained how he was “tired of the same old punk rock shit” like Ultra Bidé. Man, I dunno what record that guy was listenin’ to, cuz this sure ain’t what I’d consider “the same old punk rock shit.” That’d be decidedly preferable to the grimy art noise window dressin’ these rock’n’roll tourists have got billed as some kinda travelogue LP documentin’ their extended residence in NYC. So’d they get to crash on Richard Kern’s floor or what? Hang out at the Knitting Factory with Lee Ranaldo? Guest noodle with Glenn Branca on a guitar “symphony”? Visit any of the ex-members of Live Skull at the Burger Kings they probably work at these days?

From the “free jazz” intro that kicks off the title track to the point where I lost interest (I think it was the pointless monotony of “Burn My Soul”‘s “Looking For Love In All The Wrong Places” like it was performed by Scratch Acid). I mean nobody, with the possible exception of the handful of Lower Eastside radicals and San Fran pinko punkers and punkettes left, is gonna have the slightest bit of interest in a self-styled critique of capitalism (entitled, oddly enough, “Capitalism”). I could maybe see “Molt”‘s farty big muff bass ploddin’ past 45-rpm-record- played-at-33-speed trombone bleats like it was James Chance on the tuba poppin’ up on a Chet Baker biopic starrin’ Leonardo DiCaprio, but that only means they’ll be replacin’ Celine Dion at next year’s Oscar ceremony. I’ll wholeheartedly agree that would be for the best, but I’d still probably rather see Rancid (maybe they’ll win somethin’ for the upcomin’ Penelope Spheeris documentary, The Decline of Western Civilization III: The Weeny Punk Years). They’re so much more TV friendly.
(PO Box 419092 San Francisco, CA 94141) 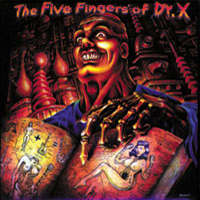 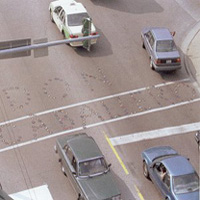