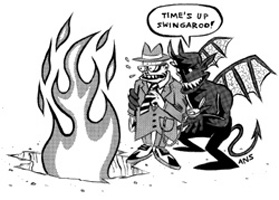 The Swing Revival was found last Tuesday, choked on its own silly, wide-brimmed hat. Authorities suspect the culprits to be “The Count” Basie, “Handsome” Cab Calloway, and Glenn “Moody” Miller, obviously incensed at what had been done to their organization. The Squirrel Nut Zippers, however, remain at large.

Clarendon Lavorich, pretentious art-fag critic, was found dead in his crummy underheated studio apartment (chosen for its “artistic” atmosphere), apparently after trying to mainline the Oxford English Dictionary (the section Misanthrope through Quagmire). Evidence of other language abuse was found, such as an “Alphabong” and “Roget clip.” He is survived by this geeky kid we found who’s really into Yes. 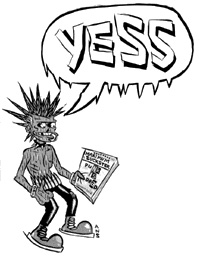 Angela Dauthi, would-be bondage queen and Gothic/industrial critic, was found wearing pastels and floral prints and sporting an “easy, breezy” smile. She was immediately rushed to a Bauhaus show, but it was too late. After years of languishing in angst and despair, she finally got over it.

The phrase “after years of struggling (insert artist here) was an overnight sensation” was discovered clubbed to death on VH1’s Behind the Music. Police quickly rounded up the writers, charging them with “willful redundancy.”

Malcom E, vitamin C-popping electro writer, suffered a nervous breakdown after finally admitting to himself that Kraftwerk was really just a bunch of no-talent Krauts pushing buttons and all electronica is a derivation of that. He is currently being treated with large doses of early 1960s garage rock.

(Question: Is killing off your pseudonyms homicide, suicide, or just a damn good idea?) 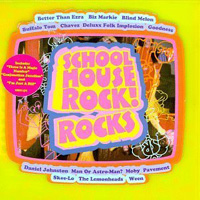 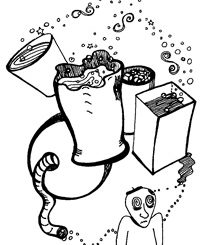