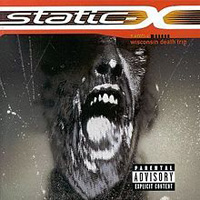 We’re all wary of major label debuts cuz majors have far more money than brains, not to mention they have the power to take a third-rate band from some hot new genre and push it so hard in areas that don’t know any better, it almost seems they ARE the forerunners of the genre. Such is the case with Static-X: A pretty damn good new metal band (plenty of Korn, Sepultura, and just enough Goth metal extravagance/weirdness to attract tattooed and overly-pierced “freaks” who watch too much crappy TV to know that the good stuff will never, ever make it that far). Static-X are a decent band that stink of their mentors – an overrated cover band, when you get right down to it. So yeah, Static-X is as good as 30 other bands I could name off the top of my head (many are in these pages, kids, so keep reading), I just get offended when the majors think they’re breaking new ground. Aside from the “freaky” synths and keyboards, Static-X actually sounds like a more mainstream Sepultura, just with weirder haircuts. 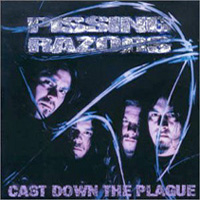 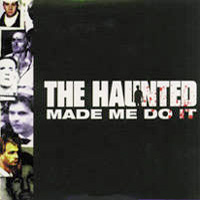 The Haunted – Made Me Do It – Interview 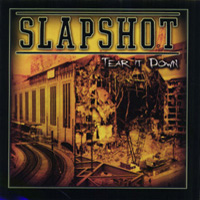 Slapshot – Tear It Down – Review