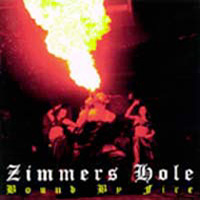 Remember when A.C. was still funny? Remember when Gwar wrote sick songs that sounded like a game show gone terribly, terribly wrong? Ever heard of NoMeansNo? Well, leave it to Canadian madman Devin Townsend and Friends (sure beats out Seb Bach and his butt-buddies, huh?) to uncap finger-snapping melodies, eye-blinking noise bursts, and dark metal comedy the likes of which we don’t hear much ’round these parts… I think this is the side-project of Jeb Simon (also of Strapping Young Lad and FLA) and maybe some of his wacky cohorts, it’s kinda hard to tell cuz there’s no bio that makes sense and the CD booklet credits “Lorde of Ass-fire” and such. Song titles, printed in no particular order, include “Metal,” “Gospel Sodomy Boy on Blow,” “Porkrind Toes,” “Waste of Towels,” “Peanut Butter Kitty,” and “Hell Comes to Breakfast.” It’s kinda hard to line up titles with what pass for songs here, but I’m sure gonna have a lot of fun trying.

For those unfamiliar with the mighty Strapping Young Lad (SYL to us cool folks), get with it. Seeing as these guys can play better than most of the pretentious jerk-offs they’re “parodying,” they’re worthy of yer respect and a good chuckle. Choir harmonies stacked so high it reminds me of that scene at the end of Airplane! where the two heroes are kissing and the lovey-dovey music cracks and shrieks as they escalate into impossible ranges, or a joke in a Douglas Adam’s book I can’t quite paraphrase, death metal roars so big and dopey you just have to chuckle, and more tips of the hat to Sabbath, Maiden, Priest, and more than you can possibly count. So for anyone into brutal noise, the deathiest of the death, with a sense of humor, ya gotta get this. Yeah, that oughtta sell at least a dozen copies.
(PO Box 153 Maple Ridge, BC, V2X 7G1 Canada) 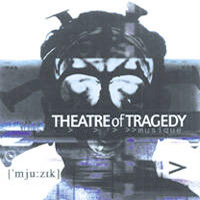 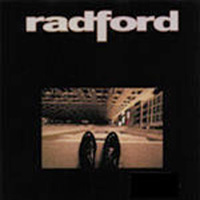