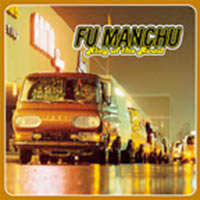 King of the Road (Mammoth)
by Brian Varney

“I live for cars and girls,” quoth Handsome Dick Manitoba. Substitute “weed” for “girls” and you’ve got the Fu Manchu “reasons for living” list within your grasp. That’s what they’ve always written about, and they ain’t about to change. Over the course of four full-length albums, a couple of 10″ EPs, and a few singles, Fu Manchu have created a legacy with single-minded devotion to such American (circa ’74) pursuits. They sing what they like and they like what they sing. That goes for the playing, too. 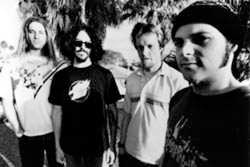 Lazy & ignorant critics will compare ’em to Sabbath because they’ve got heavy, fuzzy guitar riffs, but in reality, they sound about as much like Sabbath as I look like Robert Mitchum. Although Fu Manchu’s sound is forcefully and unquestionably ’70s, they don’t really sound like anybody. Sure, there are obvious influences, but their sound is unquestionably their own. They take the good stuff from ’70s ‘tard luminaries like Grand Funk, Cactus and Blackfoot, but they leave behind some of the unfortunate traits that haunt even the finest ’70s rock LPs, things like the putrescent “Smelly rock guys wanna get laid, too” ballads (“Love Hurts,” anyone?) and the twenty-minute Willie Dixon jam/medleys. There are only well-constructed, well-arranged rock songs driven by huge, fuzzed-out, ridiculously downtuned guitar riffs and a pummeling rhythm section. Oh yeah, and cowbell. Lots of it.

Despite their obvious reverence for slopped-out ’70s zoner-rock, Fu Manchu are actually quite concise – their songs rarely last longer than five minutes. There’s very little fucking around in any of this – they come in, they beat your ass, and they go out. What the fuck else do you want? King of the Road, they say. Yeah, no shit. They can go anywhere they want, as far as I’m concerned.
(www.mammoth.com) 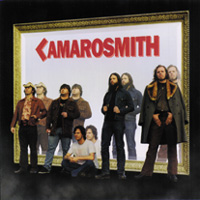 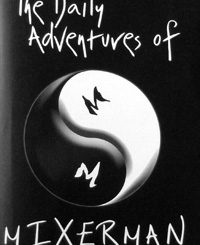 The Daily Adventures of Mixerman – Review 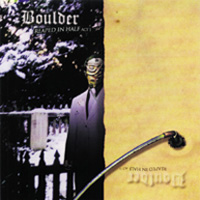 Boulder – Reaped In Half – Review