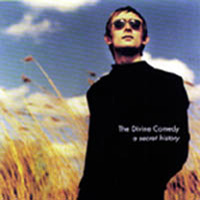 It’s been said that Neil Hannon is The Divine Comedy, and judging by this “best of” disc, he certainly thinks so. Die-hards may or may not be pleased to find that all eight of the singles are here (i.e. the flip pop hits “Generation Sex” and “Something for the Weekend”), but there is also a re-recording of “Pollen Count” and a remix of “Your Daddy’s Car” for variety. Two new songs are included as well: “Gin-Soaked Boy,” a bizarre, sweet little pop tune that includes the lines “I’m the catcher in the rye, I’m Jeff Goldblum in The Fly,” and “Too Young To Die,” an absurdly precious piece crooned like a glamorous vampire or Rocky Horror’s Frank N. Furter.

For those unfamiliar with the band, Hannon and seven friends mix the silly, bouncy sound of David Byrne with some of Chumbawamba’s symphonic mixture… plus Gibby Hayes’ insanely sleazy, laughably pretentious sexuality. Whistles, horns, and Hannon’s absurd announcements, like the triumphantly sung “turned my frog into a cooooooooow” on “The Frog Princess,” leaves one wondering whether to laugh or run away. The band charms with an edge. One noteworthy track is the techy mix of Noel Coward’s “I’ve Been to a Marvellous Party,” perfectly embodying Hannon’s fascination with literature and theatre… mixed with his confused delirium within the pop world. In spite of the silly sound, I wouldn’t take the kids to this seedy circus.
(79 Fifth Avenue New York, NY 10003) 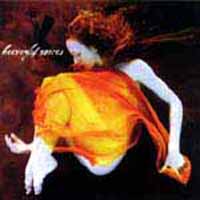 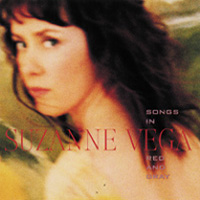