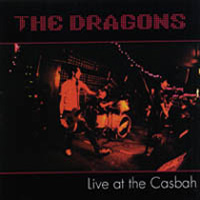 Live at the Casbah (Junk)
by Jon Sarre

“Rock is dead” jerks take note: 21 cuts of primal dead horse beatings from four guys who sound a lil’ like Sticky Fingers Stones with a crystal ball that can see the Ramones’n’Dead Boys. Not to mention, this is on a live record up there with the MC5’s Kick Out the Jams and The Who’s Live At Leeds, that’s to say, a live record that doesn’t suck. Ladies and gentlemen, I give you The Dragons!

Like quite a few rock’n’roll outfits, these guys hail from somewhere near L.A., tho’ unlike most of ’em, they don’t pussy out and play weak-ass, watered-down pabulum that passes for rock muzak, and Mario Escovedo — as a songwriter — has obviously captured some of the same panache that made his big brother Javier’s band, The Zeros, seminal hearthrob/breakers back when punk was exploding from the subterranean netheregions of the SoCal ‘burbs.

What The Dragons burst thru on Live at the Casbah (down there in San Diego), is a nice sampling of their usual high-octane set chock fulla material offa their three studio records (including a good chunk of their most recent Junk LP, Rock Like Fuck, which should be their “break out record” if such a thing is possible in this here wired world o’ infatuation wit’ teen wankers and self-obsessed Beck pop pod people). Like any bar band worth their Jack’n’cokes, they also drop in a few well-selected cover tunes (which don’t interfere with the flow of their own stuff): Joan Jett’s “Bad Reputation,” the Texas Tornados’ (of SW Tex-Mex punko-banditos Freddy Fender and the late Doug Sahm fame) “Adios Mexico,” Four Horsemen’s AC/CD clone “Let It Rock,” the Ramones’ “Now I Wanna Sniff Some Glue,” the Dolls’ “Puss’n’Boots,” and, if ya wait thru the eight minutes of silence at the end, the Stones’ “Happy” and “Star.” Those of you lucky enough to’ve seen The Dragons sonically work a room near you’ll find Live at the Casbah to be a nice tide over ’til the van pulls up again. If yer still waitin’, well, this is the next best thing.
(www.junkrecords.com) 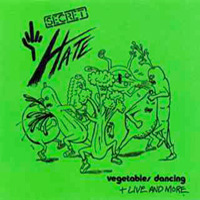 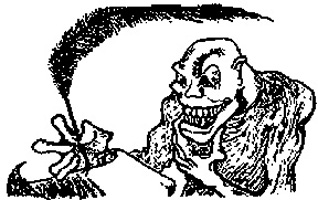 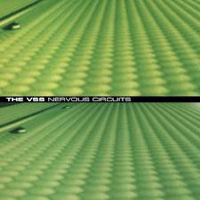