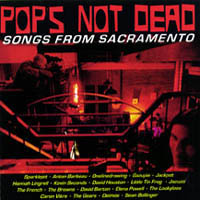 God bless anyone who stands in the face of mainstream music, indie rock, hardcore, slick R&B, gangsta rap, and claims “Pop’s Not Dead.” There ain’t a better stand to take, brothers and sisters, because the essence of “pop” — structurally and theoretically — is what makes the greatest songs. And since I’m taking a guess that bands want to write good songs, there ain’t no better way at it then goin’ for the pop. Pop’s Not Dead: Songs From Sacramento presents nineteen artists, some local and some national, who have quite a knack for writing melodies that sometimes twist, sometimes turn, but are pop-oriented at the core. Being that “pop” can mean anything from croonings over rock guitar to whispery acoustic ballads, these nineteen artists waste no time adapting the genre’s flexibility to their individual liking. Most notable are Sparklejet‘s jangly upbeats, Hannah Lingrell‘s lemonade voicings, and Kevin Seconds‘ (yes, from 7 Seconds. Anyone who doubts that band’s creative spectrum should check out this tune as well as Kevin’s other band, Go National) Bragg-esque tinkering. And let’s not forget The French, featuring the vocalist of pop rocksters Deathray. There are a few misses here and there (particularly a boring contribution from Onelinedrawing), but otherwise, this is as smooth as a summertime mix tape. This is what songwriting’s all about my friends: good fucking songs. Others: Anton Barbeau, Gazupie, Jackpot, David Houston, Little Tin Frog, Jacuzzi, The Browns, David Barton, Elena Powell, Lookyloos, Caron Vikre, The Gears, Deimos, Sean Bollinger.
(PO Box 4 Sacramento, CA 95812) 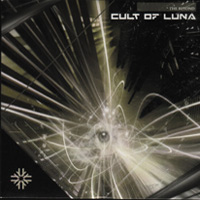 Cult of Luna – The Beyond – Interview 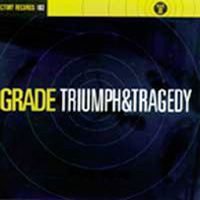 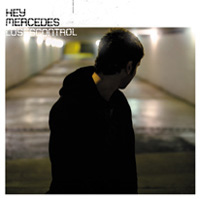