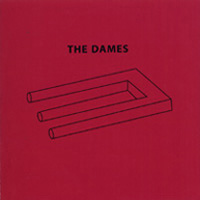 This is the payoff… So I run a rock mag and every shithead with a CD burner wants me to review their terminally-unsigned band, and when ya do the math on a national scale, that’s a lot of amateur-looking CD packages filled with derivative garbage accompanied by the most delusional exaggerations/lies a bio has ever seen, and them bitches have seen it all. But The Dames comes in from Duluth (a city/town name I’ve always liked), and some all cap quote reads “Where’s AmRep when you need ’em?” Not only a valid question, it sparks interest cuz the Minn, MN scene has often produced dirty, noisy angry-sounding rock that hides its creativity and a tweaked sense of melody beneath slathered grime.

So The Dames chug near metal territory at times, but people called Soundgarden metal, so don’t believe mosta whatcha hear cuz alotta people don’t know shit. This three-piece limps like an ogre, snarls like an urban rebel, winds out the distortion and feedback like Temple of the Dog (and choice other grungesters who jammed ugly and hard) mixed with some nasty Voivod chords, and hides strong melodies behind distorted rantings and howls. Fuckin’ AmRep rock, ya know? The harder end of the tug’n’push early indie stuff that had more to do with droning, barely-in-tune guitar, stomping around and drinking a lot of cheap beer than the later emoting nancy-boy fashion victim competition going on these last few years. Sounds like a bar band in the tough parta town, and when yer filled to the gills with all the goddamn deliberate attempts at pop rock, both successful and not, this is just whatcha need to remember how strong, destructive, and undeniable real rock music can be.
(PO Box 18700 Minneapolis, MN 55418) 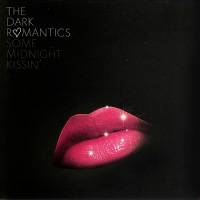 The Last Days of Disco – Review 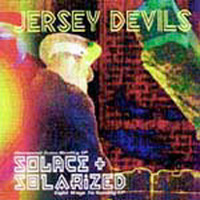