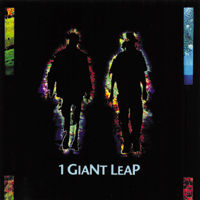 Backpacking through Senegal, you discover air rainbowed with flashes of feathers; rich, sticky, spiced foods and, somewhere off the hot street, a group of local musicians singing into a laptop. The recorded track will whip through the Internet and burst out through a speaker in a New York studio, where it will be caught and mixed with more sounds and voices from New Zealand, England, India and the United States.

1 Giant Leap is basically a laptop experiment to develop “one global pulse,” as the liner notes put it. The concept is stunning: Use laptops worldwide to record various artists, put them all together in a U.S. recording studio – and link cultures. Illustratively, the included booklet shows a spiritually-tinged photo of three men inside a Moroccan temple: One apparently thinking, one programming on an iBook and one, a traditionally-dressed Indian man, meditatively pounding a drum. Overlaying it all, wild spots and lines of light ether-shock the foreground like communication lines.

In practice, the album is hit and miss. There is something ’80s and almost pitiful about hearing English rap; some of the music becomes embarrassingly jubilant (I have flashbacks of Live Aid), and other tracks simply feel too digitized to be interesting – like foreign food made in California and deemed “fusion cuisine” (its raw, exotic roughness has been gentrified). At the same time, there is heartbreakingly beautiful music here, notably The Mahotella Queens‘ South African unfettered harmonies; foreign languages belted like prayers for freedom, and drums and tones that break concentration and swell into meditation. Although big names on the disc include Michael Stipe, Neneh Cherry and Grant Lee Phillips, no single artist is the focus of any song, so it’s not advisable to buy the disc just to hear what Stipe, for instance, does on it (his big moment is spent singing the line “I love the way you dream”).

This is nonetheless a beautiful project along the lines of Nerada’s popular Mantra Mix (yet many maturity-steps up from certain popsters’ forays into “devotional music”). The sound is foreign… with English-speaking guides. You may not hear the untouched, rough corners of the ruined temple, but to reach the dirt and beads in the corners, you’ll need time and an airline ticket. Until then, this disc is a nice collection of the burnt-out rocks and hidden gems someone else found in the corners of the world – at least, the ones they could squeeze through their various Internet connectors.
(601 W. 26 St. 11th Fl. New York, NY 10001) 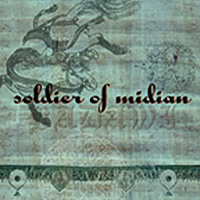 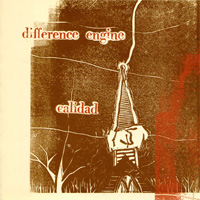 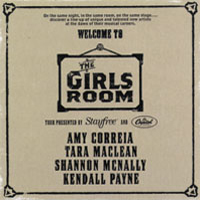 Welcome To The Girls Room – Review