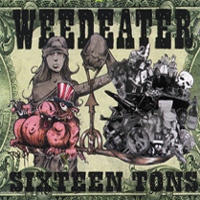 “16 tons and whatta ya get? Another day older and deeper in debt.” (-Tennessee Ernie Ford)  Fuck yeah. Weedeater articulates the frustration and despair of being trapped in a mere body of nerves and bone with the modern rock version of the blues: Grinding doom. Returning the blues heft and sway to the roots of Sabbath, subtracting anything that doesn’t resemble a man coming out of the mine carrying a pickaxe after his fourth 10-hour shift, 16 Tons growls and lurches with a perfect symmetry. The songs exist as songs, although you’re gonna get the way rasped/grind vocal on most of it, so you aren’t gonna choose tunes by pop melodies. The sixth cut, “Woe’s Me,” makes the blues connection explicit: It’s a slow, undercast, cleanly-picked tune. The last cut is an instrumental, “Kira May,” and is pretty much all bass. It comes off as an elegy of sorts. I find this soothing and musical the same way thrash in the ’80s acted like Ritalin: It brings certain focus by equaling the squalling hum in my brain, bringing balance. Once again, another good one from Crucial Blast. They’re really becoming the Touch & Go for this century.
(PO Box 364 Hagerstown, Maryland 21741) 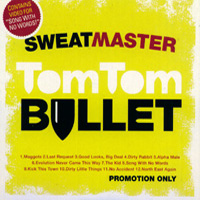 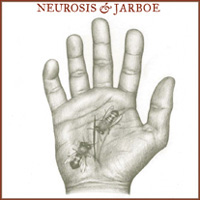 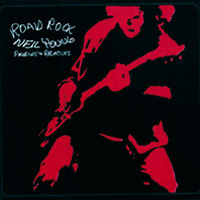