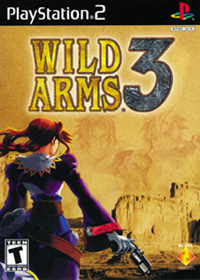 (SCEA for PS2)
by Eric Johnson

The only thing about Wild Arms 3 that’s even remotely interesting occurs at the beginning of the game. Four strangers confront each other on a train, and draw guns on each other in a John Woo style stalemate. Freezeframe, and you get the opportunity to pick whose shoes you want to walk in, exploring their back stories and learning how their fates led them to this spot. In this respect, most of the game takes place in the past, and a rather lengthy Wild West-oriented Japanese anime style role-playing game unfolds. Too bad that’s all I liked about the game.

I’m really picky about which role-playing games I like (Fallout, Vampire the Masquerade, Dungeon Seige), and am uncomfortable with grossly-distorted anime, you know, the kind where the women all look like prepubescent alien Catholic school girls, complete with pigtails, dinner plate-sized eyes, midget bodies, and visible panty lines. It’s not that I don’t enjoy anime, but I seem to be allergic to the super-distorted sort on a cellular level.

If you like spending countless hours trading blows with a spell-casting menagerie of bizarre creatures in a Wild West setting, be my guest. But be warned, this game is little different from a dozen others with nearly the same premise, and at least ten of those dozen were called Final Fantasy. This game takes place in the Wild West, as if Louis Lamour had been convicted of some heinous crime and sentenced to pen an episode of Pokemon as part of his community service. Ouch!
(www.us.playstation.com) 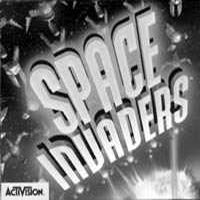 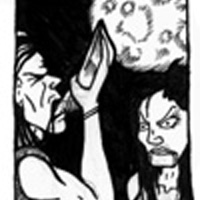 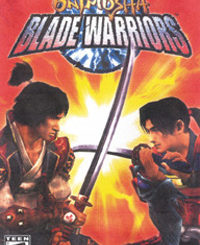