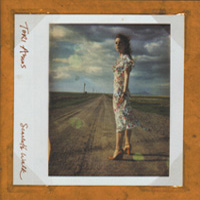 Scarlet’s Walk‘s conceptual theme alone is a towering, ambitious project, one that fits Tori Amos‘ divine storytelling like a glove… but did the stories – unable to be squeezed into a compact volume – force her to write more songs for the album than she should have?

That’s the feeling I get as I travel through her lyrical United States on Scarlet’s Walk, Amos’ first album for Epic Records. Tales of revolution (“Sweet Sangria”), self-destruction (“Carbon”), and frontier love (“Crazy”) so wide that it took 18 songs to have their voices heard. But while an album comprised of songs paralleling people’s lives with geographic regions of America (and its history) may sound like a literature buff’s dream come true, the massive scope of the whole thing definitely weighted down Amos’ trademark songcraft.

Opener “Amber Waves” – about a smalltown girl coming to L.A. only to end up a fallen pornstar – juggles key changes like a professional jester, but other tracks aren’t as lucky. “Strange,” with its simmering verses, frolics into a shallow chorus that ruins the song’s mood. “Don’t Make Me Come to Vegas,” “Pancake,” and “Another Girl’s Paradise” – while undoubtedly all integral parts of the story – are all subpar compositions that should’ve remained b-sides. Without such filler in between, the power of such songs as “A Sorta Fairytale,” “Taxi Ride,” and “I Can’t See New York” (an ominous, slow motion mourning that shows Amos at her best) would’ve been much more prominent.

And what about the completely random involvement of Native American history in the mix? Sure, you can’t tell this land’s past without involving its first people, but the incongruent inclusion of the subject matter (“Wumpum Prayer,” “Virginia,” and the title track) makes it feel more out of place than at the root of it all. Streamline, darling, I beg of you!

Fortunately, the brighter moments do outshine the negative, culminating in the stirring closer “Gold Dust” (probably the finest moment of the album). As Amos guides the character with nothing but piano and voice, the miles gathered behind both of them glisten in the form of bittersweet memories… as the character gives birth to a child and prepares it for its own journey to come. Scarlet’s Walk: patchy at times, magnificent at others, a sonic novel about broken lives/shattered dreams/disillusionment/history, and the notion that any one of us could be the characters in these songs… take it if you dare.
(www.toriamos.com) 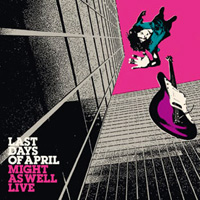 Last Days of April – Might as Well Live – Review 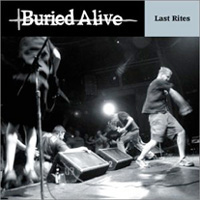 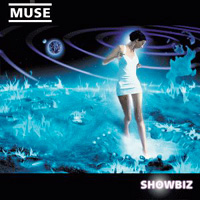