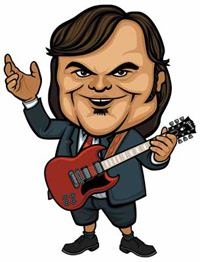 My classical composer boyfriend and I — rock goddess — were lying on my bed the other night in a haze of flu delirium when I put The Who’s Tommy on the stereo.

“Wha’s this?” he droned toward the ceiling.

My flu symptoms were temporarily shocked into submission. “What’s what?” I asked. “The music that exploded my soul in junior high school?”

It struck me that in junior high school, his soul was probably exploding to Shastokovich.

“You really like this?” he asked after a long pause.

“I could write three of these a day,” he mused.

A week later, we found ourselves at the local mall, standing before a crowd of belly-shirted, lipglossed girls and pimply boys with hedgehog hair. We blocking the movie screen, searching for two remaining seats for School of Rock.

Now this will be interesting, I thought as we settled in with our $4 popcorn. My classical music boyfriend and a movie about the essence of rock. School of rock, no less. How appropriate.

The flick is a Richard Linklater piece about the usual Linklater themes (hitting adulthood with a painful bang and pausing for some screen time to stare at the offending wall), but has more plot. The story: Jack Black (for whom this movie is really one giant showpiece) is a lifelong band member who promises the rent money as soon as “the band makes it big.” When he gets thrown out of his band, however, he goes back to school. That is, he poses as a substitute teacher at a top-echelon prep school and gets the job without having his record checked. Stop here to imagine your incredibly precious, outrageously smart and polite children for whom you’re shelling out $15,000 a year in tuition now being placed in the hands of Mr. Eternal Rock and Recess.

It’s a big laugh. The ten-year-olds expect to get trained for standardized tests, and instead get fed Black’s bitter attitude about life, the worthlessness of study, and oppression by The Man. Black tries to while away the hours with day-long recess (a Linklater hallmark: You can practically smell the kids’ hours of boredom) until one afternoon when he overhears their music lesson – and a guitar explodes in his pea-brain. These poor ten-year-olds only know from classical, he realizes. What a waste.

By next period, the classroom is filled with Black’s amps and equipment, and little fingers trained to grasp Prokofiev are expertly playing The Doors. It’s funny.

It’s also uncomfortable. Black is a bogus substitute but an obsessed rocker, so he teaches only what he knows: Outdated rock. Put down that cello, try this bass! Stop with the Haydn, you can play Blondie! I wasn’t sure whether to laugh or crawl under my seat in embarrassment as this fake teacher floundered in front of little kids who could probably test out of his entire I.Q. level. Still, these kids are really funny, and seeing them pantomime raising a “goblet of rock” while studiously pointing to an imagined crowd in Freddy Mercury style is damn cute.

But the whole time, I couldn’t get my brain out of the coolness knot. Rock is goofy, silly, wild, and mold-breaking. But truth be told, it ain’t cooler than any great music when it’s played well. No, really well. Some of these kids have cameos where they break into song and blow the movie away. Whether or not they’re really playing the instruments we see on screen, the idea of a little guy playing a rapturous “Rhapsody in Blue” is frankly fresher than the same little guy dressing up punk and banging out one or two electric chords to release his aggressions about allowance money.

Maybe I’m just jaded. Maybe I’m too old already. But the fact of the matter is, Black’s too-easy dismissal of complex musicianship makes it hard to root for rock. He makes rock’n’roll look very funny and very nostalgic, but he also makes it look pretty old-fashioned. After all, rock is what happens when kids have something to rebel against. Maybe I want to know what these kids will come up with when they have their own head-on collisions with teen angst, not just tribute angst for some outgrown rocker’s unfulfilled tangerine dreams.

Incidentally, my Brahms and Beethoven boyfriend threw away his baroque staff paper a long time ago in favor of electronic interfaces. The symphonies he writes ain’t nothin’ like the stuff I thought they teach at Julliard. But what can I say; he’s got angst. And he’s damn well-trained.

He liked the movie, by the way. “I could still write three Tommys a day,” he said later. “But if you want to talk about masterpieces… let’s talk about The Wall. Now that is a fucking masterpiece.” 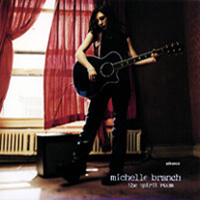 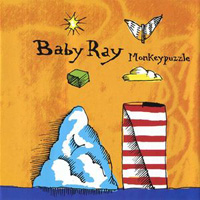 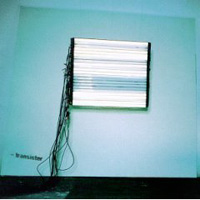