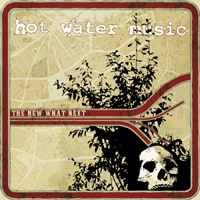 Having been a fan since the band’s second full-length (’97’s Fuel For the Hate Game), I was giddy with excitement to talk to Hot Water Music. Not just because of my personal history with their music, but because they released one of my favorite records of 2004. And when you take into consideration that their last record, ’02’s Caution, was every bit as potent, you can only imagine the degree of geekiness I was about to unleash on these guys. I don’t feverishly collect every record, EP, 7″, single, and comp by every band: Hot Water Music is one in a million.

You guys are famous for your touring. How long have you been doing this insane routine?
Probably five, six years. Before then, Jason and I were in school, so we could only tour during the summer and breaks. After we graduated, we realized that, if we stayed on tour, we’d be having to quit our jobs every six months and never get anywhere (financially). If we toured two months out of the year, we’d have to have jobs. If we toured eight months out of the year, then we could take three months off to write. So that’s what we decided to do.

That’s surprising, because I remember seeing you guys in Boston like every two months between ’97 and ’99. It seemed like you guys were eternally on the road.
We used to play Boston quite often. If it was during the school year and there was a Saturday night show that was going to be crazy in Boston or Chicago or Detroit or Philly, we’d drive, play the show, come right back, and go to school. So we were on the road all the time, just not for long periods of time at once.

Being from Florida, you don’t get many opportunities. So when the band started showing up, it was like “shit, we have to do it.”

During that time, you guys seemed to be everywhere. Forever and Counting seemed to be what everyone in Boston was listening to. You were blowing up!
We were really trying to do a lot more right then. I guess it was during No Division that we started to really tour a lot.
During Forever and Counting was when we were first able to go to Europe. You can’t tour the U.S. every two months, cuz nobody would come! You were just there! So now we had another place to go. After No Division, we went to Japan. After we signed to Epitaph, we were able to go to Australia. We kept getting to go to more and more places, so we started touring more and more. 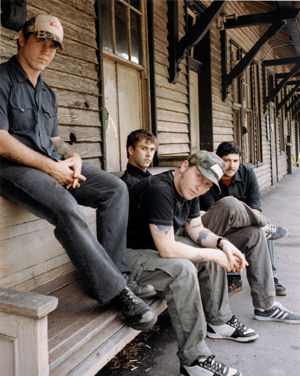 I remember when the split with Six Going On Seven came out, my friends and I lost our minds over it. Both songs were the best material either band had released up ’til then. But you broke up soon afterward, right?
We were broken up for one summer. After we got back from that tour (the aforementioned European trek for Forever and Counting), we started hanging out again. We realized that we’d pushed ourselves to the limit. But when we got back together, the limit seemed a lot different. We had a totally different understanding of each other and the band.

When we toured Europe that first time, it was so fucking lonely. We didn’t know anybody, couldn’t speak to anybody; we just kinda went nuts. We couldn’t handle it. We broke up. When we got back together, we were like “okay, our friendship is definitely more important than the band.” So when we started touring again, we gave each other more room to be people. Room to freak out and not take everything so personally. We realized that this is hard: People are going to freak out. (chuckles) And it happens every fucking tour. But the more we do it, the better we get at it.

If anything, I’d think you’d be more stressed now that you’re touring more and on a bigger label…
I’m less stressed on Epitaph than I’ve ever been. I love that label. The stress was really bad when we were on Doghouse and Some cuz, at that point, those labels weren’t really able to help us in the ways that we needed them to. They did help us kick certain doors open: They were good choices that we made. But when you’re out on the road and you realize that you’re doing most of the work, and you just don’t feel that the label has the power to do what you need them to do regarding advertisement, distribution, promotion…

Epitaph: I know them. A lot of them have been in bands. The owner is in a band! They know what we need, and they don’t let us down. They think about us a lot. It’s a less stressful situation.

A lot of bands – such as your touring mates, Moments In Grace – have signed to major labels. Would you ever consider a similar move?
I would entertain any offer because, now, we’re smart enough. Back in the day, we didn’t even sign a contract with Doghouse cuz we were so freaked out.

We never wanted to be Yellowcard, where you’re huge, have a single, and then no one cares about you. We’re in it for the long haul, and we’re willing to take small steps. I’m not against major labels, but I am really freaked out about someone owning the label never meeting me, never talking to me, never caring about me, treating me like a product, etc. That freaks me out, especially when we already have Epitaph, who have great distribution and are great people. So I’m really content where I am, and I’d stay on Epitaph for fucking ever.

But who knows what’s gonna happen? As of right now, we’re out of a contract. Technically, we don’t even have a label right now. Theoretically, we will – over the next year or two – talk to every label we know: No Idea, Equal Vision, Epitaph, Fat Wreck Chords, Jade Tree. Labels we’ve worked with. But before that, I’m going to do my own record with Brett (Gurewitz; Epitaph founder/owner, Bad Religion guitarist/backup vocalist) on Epitaph.

Really?
Yeah, my acoustic stuff. Brett and I wrote together before, so he was like “we have enough songs, let’s get into ’em together.” 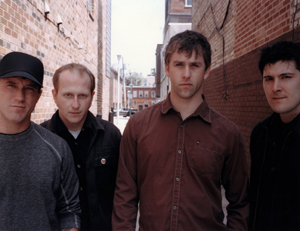 This isn’t Rumbleseat (Chris’ project with fellow Hot Water Music guitarist Chuck Ragan) though, right?
No, Rumbleseat’s an old band from four, five years ago. That was me, Chuck, and his ex-wife.

I bet being in Hot Water Music hasn’t made romantic relationships the easiest feat to accomplish.
It’s WORK. I live with my girlfriend right now and I have a kid. It’s definitely WORK trying to keep shit together. Jason has had two engagements fall apart, I’ve had one, Chuck had a divorce…

Five years ago, when we decided to start touring a lot, we weren’t making any money. Enough to pay bills, but that’s it. You’re gone most of the year, and your significant other’s like “what the fuck!?” Now it’s a little different cuz we’ve been doing this for so long, that this is just “what we do.” Me and my girl started dating in the middle of “this.” This is what I do to make a living.

For the past five years or so, there’s been a sort of invisible line between your “old” and “new” fans. Have you sensed that as well?
Yes, but I’ve gotten totally different vibes with this record than the last two. We’ve seen a lot of people at these recent shows who haven’t come see us in a long time. This kid I met in Detroit told me “I didn’t think I’d ever hear you guys write another Hot Water Music album that I’d like.” At the same time, all the people who are into Caution and A Flight and a Crash are into this one too.

During A Flight…, people didn’t understand what we were trying to do, and we weren’t good enough at doing it. I think No Division was even a part of that process. But during Caution, we figured it out, and we totally changed the songwriting process during the new record. There are a few songs that were fully written when they were brought in – like “Giver” and “My Little Monkey Wrench” – but the majority was us sitting in Jason’s bedroom playing without amps (George beat on his legs). Discussing the riffs, asking George for grooves and patterns, being very very open to everybody’s input. We wrote and rewrote over and over again.

Seems like you sing a lot more now.
The other guys were like “why the hell aren’t you singing more?” and I was like “uuuuhhhhh, I don’t know, whatever.” I had a BIG FREAK OUT between No Division and A Flight… I had a “bad run,” and my life fell apart. I didn’t know what to do, so I started writing songs. I didn’t know who to talk to about things, so I wrote like crazy. I started another band cuz I had so many songs! So I don’t think anything was done on purpose.

But now I just bought a house, I have a fucking awesome girlfriend, I’m in love, I spend a lot of time doing yard work… (laughs) but writing songs, being in the studio, playing guitar are still my absolutely fucking favorite things to do.
(www.epitaph.com) 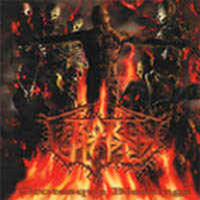 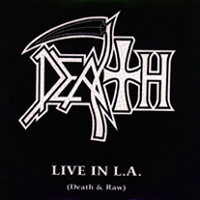