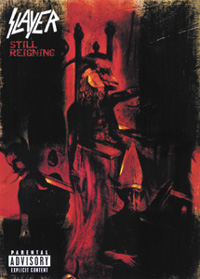 When it was announced a while back that Slayer were going to perform the entirety of Reign in Blood in concert, most of us felt gypped that it was only gonna happen once. In Maine. But then the band decided to make a whole tour and a DVD out of it, hence Still Reigning. Aside from the obvious speed metal hard-on that comes from seeing/hearing such a classic album in the flesh, the much talked about “wall of blood” (a gazillion tons of colored water raining down upon the band during – duh – closer “Raining Blood”) also promised much in the way of Hessian Geekdom Heaven. So much so that even I, a “Slayer? They should’ve broken up in the early ’90s” fan was tingling with anticipation. They can put out shitty (Diabolus in Musica) and one-dimensional (God Hates Us All) “new albums” all they want, they’d better not tarnish their pinnacle with half-assed-ness.

And tarnish they do not, but nor do they improve or excite with Still Reigning. Sure, experiencing “Piece by Piece,” “Criminally Insane,” and “Epidemic” (all underrated gems) live made me squeal like a Trekkie nerd, but something was missing. Oh yeah, youth. Vigor. All crucial elements of a great live metal act. Watch the ’94 Live Intrusion video and this one back to back and tell me Tom Araya doesn’t look (and sound) a century older. The man is practically falling asleep at the mic! When he reaches for them high screeches, his voice all but crackles into irrelevance. You can literally see him think “good thing this album’s only 28 minutes long cuz I gotta get home to the kids.” Slayer were never much of a live band anyway – they’ve always just stood there letting lighting do all the work – but 20+ years after the band burst onto the scene as savage, hungry demons, Still Reigning has captured a band WAY beyond its prime. Their only saving grace (and trace of relevance) is Dave Lombardo, who’s only getting better with age and stints in everything from classical to soundtrack gigs.

As for the bloody rain… it’s actually a lot less “downpour” than “drizzle.” Yeah it’s a cool sight, and it actually motivates ol’ Tom to give it his all for a few minutes, but I was expecting more of a “wall” than a “sheet.” Can’t say I was further disappointed, cuz by this point, I’d all but turned my undivided attention to my rum and coke.

To all of us old school fans, Still Reigning is no more than a sad reminder that, yes, we’re old. Slayer are old. And more “popular kids,” jocks, and cheerleader-types go to Slayer shows now than actual metalheads (cue shot of rigid crowd, unfamiliar with most of Reign in Blood). I say pop in Live Undead and call it done.
(www.americanrecordings.com) 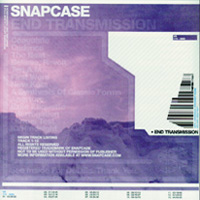 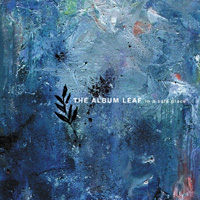 The Album Leaf – In A Safe Place – Review 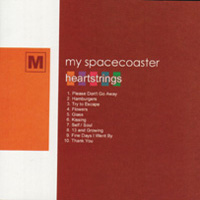