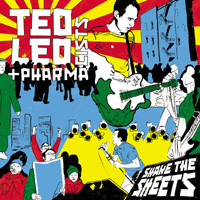 For an ex-hardcore semi-icon, Ted Leo sure has an airy ’70s voice and a funky pop jones that makes any attempt at typecast more than a bit difficult. On Shake the Sheets, his third full-length with the Pharmacists, the protean Leo tries his best to make ya like ’em.

While I’m unfamiliar with his work in NYC hardcore acts Citizen’s Arrest and Animal Crackers or his efforts in D.C.-based Chisel, I was unimpressed with the hyped “Where Have All the Rude Boys Gone?” single off the Pharmacists’ 2003 crit-fave Hearts of Oak. But maybe that was due to the one stopper his music suffers: His preening tenor-cum-falsetto. To be honest, it took a few listens until I got it, but I’m glad I did. Equal parts political and dreamy, Leo comes off at times like a Poly-Sci motivational speaker who wants you to get up and dance, fool. The Lookout! press release compares his future legacy to Joe Jackson, but he also draws comparison to Elvis Costello, trading the latter’s irascibleness for his positive post-punk vision. 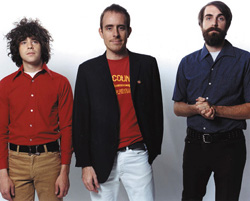 Funny thing about this Leo fella is that his musical palate is so broad that, on the admittedly killer choruses of “Little Dawn” and “Bleeding Powers,” you just know the bastard is ripping somebody off, you just can’t figure out who. He does it so well, and adds his own flavor that the theft comes off as a misdemeanor at worst. Title song “Shake the Sheets” is both a Bush administration protest song and a call for personal action. The energetic “The Angles’ Share” features a new wave riff The Knack would be proud of. “Bleeding Powers” shreds like Guitar God On High, while closer “Walking to Do” is a ’70s blast of pep and introspection, complete with a short-lived sing-along. The aforementioned “Little Dawn” in particular shows off Leo’s diversity, a politically-charged contrapuntal mess that traipses funk, post-punk, and good ole rock ‘n’ roll, Leo whispering on the coda “It’s alright” over hypnotic guitar and sparse bass, trying to fool us even though he knows things probably won’t work out.

But maybe they will. Despite all his angst over “soldier girls… dodging grenades and rockets,” his worries about “detainees who were barely kept alive,” and admitting that “sometimes… being on the sidelines doesn’t jibe” – hell, his doldrums even have him wondering if he’s still “got a soul” at times – this eternal optimist still doesn’t “consent to just let it be,” after all, “there’s a whole lot of walking to do.”

Get out there and march.
(www.lookoutrecords.com) 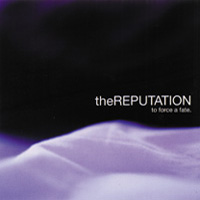 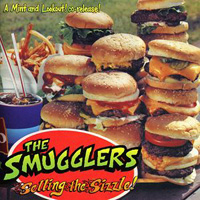 The Smugglers – Selling The Sizzle – Review 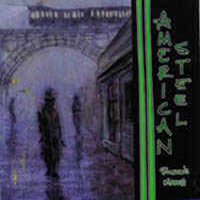