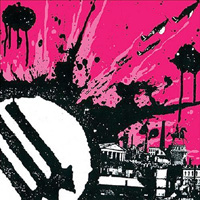 What kind of music would you consider Strike Anywhere?
Punk rock. On a technical level, people would probably say we’re a mix between sing-a-long punk and melodic hardcore. Beyond the sonic definition, we’re a punk rock band.

Who are some of your major influences?
Musically, we have paid respect, a lot of respect, to bands that have influenced us on our most recent record. There are three covers at the end of To Live in Discontent: Dag Nasty, Gorilla Biscuits, and Cock Sparer. They were just fun tunes that we played live a lot around the world. Our experience with punk, being from Richmond, Virginia, is Four Walls Falling, which was the first Jade Tree release, and they were like a political hardcore band in the late ’80s. They were in that second wave of straight-edge hardcore. They took it to a very ecologically-friendly questioning of the economic system. They took their politics beyond what the fashion of the day was and they made it very holistic. They were some of the first shows we were exposed to, and it definitely woke the city up. That’s a piece of influence we wear proudly. 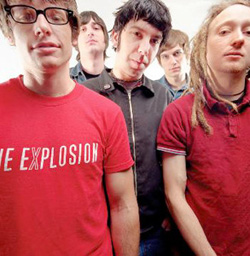 And, obviously, D.C. radiating out its influence from Bad Brains up to Fugazi. We like a lot of folk music too. Like the activist folk of the progressive era, such as Woody Guthrie, Pete Seger, Billy Bragg, The Clash, and The Jam. There’s definitely a lot of love for NY hardcore. The first Cro-Mags record still gives me a surge of chaotic energy, as well as more specifically political punk bands from Conflict Crest, Econo Christ, and anything that happened in the East Bay of Berkeley in the early ’90s definitely had a big influence on us.

There was some kind of corridor between Richmond and Berkeley where people would travel back and forth and share ideas. This is before the Internet. It was about scraps and paper and putting an engineered chip into a tone dialer so you could make a free long distance phone call from pay phones. Touring back in those days was crazy. That was the way Inquisition toured. I was in a band previously to Strike Anywhere called Inquisition. The name Strike Anywhere came from an Inquisition song. The tail end of Inquisition is kind of the beginning of what Strike Anywhere started to sound like. I’m definitely very proud to have been a part of both projects and to be able to play and write songs with these talented gentlemen.

Are you vegetarian or vegan?
I’m a strict vegan.

What influenced you to become a vegan?
I have been working toward it since I’ve been a vegetarian, which was like fifteen years ago. I gave up dairy slowly. I gave up one dairy product a year, because I wanted it to stick. There are a lot of people that just go vegan and their bodies crash and have health problems. I did a lot of reading. I started rescuing animals. I lived in a historical ghetto in Richmond. There were a lot of abused and neglected animals that we gave medical care. We re-socialized them and made it safer to walk home from work. We did what we could to rescue them properly. Humans throw away animals like discarded video games, like they’re some kind of inanimate toy. Looking at that it made me make really quick connections to the anonymity of cruelty and the way that meat is sold to us. The dairy industry just pumps up these living beings with hormones. Not only does it destroy their body, it keeps them enslaved being pregnant. Some folks would consider it a sexual violation as well as treating an animal like a machine. All of the meat and dairy industry is toxic, and it will only continue to get more and more toxic. The working class and poor Americans will only get the worst food that does the weirdest things to their bodies because of the chemistry involved in factory farming. 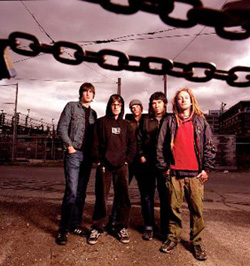 Being a vegan only made sense the more I recognized how little nutrition and how messed up and dying young the working poor both white and African American are getting. I relate that directly to the cruelty against animals involved in factory farming. It’s all one big evil that’s hidden in this complex puzzle right under the surface of American society. As a chronic asthmatic, the minute I gave up dairy, I no longer had to be on medication or hospitalized. So, for me. that’s very important.

You guys do more than play music; you give back to the community.
We try to. That’s a punk tradition. We’ve been able to play benefits and donate songs to records and help people. I think one of the most amazing things that has happened in our lives was that we donated one of our demos to a seven inch that was released in Europe. All of the money went to the legal defense for activists and people that were involved in anti-ghad protests in Genoa Italy in June of 2001. These folks were from all over Europe and were jailed and beaten by police. There’s one young man, Carli Giuliani, who was killed. He was run over by the Italian police, who are called Carbinieri. We were actually robbed by them at gunpoint on our first tour in Italy, so we had special beef with them. That’s the nature of police everywhere. It could happen to us in the States. So, we donated our songs to this seven inch, and two years later I meet this guy at one of the youth centers after a show that we played. He takes off his scarf in the middle of winter and he comes up to me and hugs me. He’s really emotional. He said you don’t know me, but that seven inch record helped me get out of jail. I was like oh my god. We’re an insignificant punk band. The fact that we could effect that change, to help that one person, it was amazing.

There’s so much of this punk rock thing that’s about giving back. It’s also about subverting the natural order of depression and selfishness that American society is really built on to keep us all separated and fighting each other. Punk has refused to be like that, and has done its best to guard itself against those impulses and conditionings. In some ways, it’s about giving back and being able to relate with these people and make these connections. Help is so much more rewarding than living fat and building these big houses and having Hummers. That would be such crap to just fill our lives with emptiness and become these hollow cartoons. I’m afraid that might be happening at the larger level with the commercialization of punk. I worry about people’s souls. 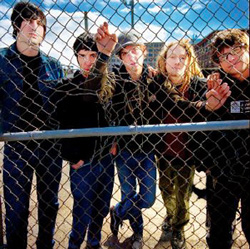 There are all kinds of different ways about going about being a political band. Rage Against The Machine did a lot of good. If you’ve talked to people who are involved in left wing politics in the eastern block (Russia), the only band they knew about was Rage. You see all of these totally left winged pro-equality anti-fascists bands and they sound like early Rage Against The Machine’s records. Rage Against The Machine got there, and no other punk bands did because our distributors are independent and struggling. Everyone was just trying to make it happen on a grass roots level. It doesn’t reach Moscow all the time. We don’t want to get trapped in the elitism of trying to keep it so grass roots that only the people in the most sophisticated college towns have heard of us. That was a problem that happened fifteen years ago with punk. If you weren’t in DC or NYC the right summer and knew these people that went to this club, you missed out on something, and everyone deserves to have a chance at this.

One of the saving graces of Western culture is that we have this undercurrent of rebellious art. We’re just a part of it. It’s something we have to look at in a bigger picture and try to act in that bigger picture as often as we can. That’s why we did the Rock Against Bush Tour and that whole Rock Against Bush thing, which involved bigger labels and bigger bands. It was a more mainstream approach to politics that isn’t necessarily our exact ideal, but at the same time, making people aware of the reasons why they’re pissed and there are so many more people out there who want to help. It’s just good to develop a community like that, even across a broad base of ideas. Later, we can all pursue our particular specializations with those ideas. Also, getting to play with Tom Morello and having him play acoustic folk songs from the 1890s and have people sing along and stuff. That was really great. Kids didn’t have to know about hardcore, moshing, and ’77 punk to understand that they were a part of this rebellious movement. Sometimes punk can be manipulated into this tiny closet of being a cult, instead of something that’s bigger, more hopeful, and more inclusive.
(www.jadetree.com) 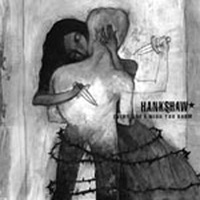 Hankshaw – Every Day I Wish You Harm – Review 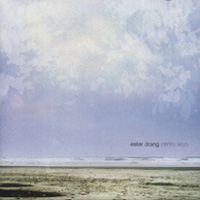 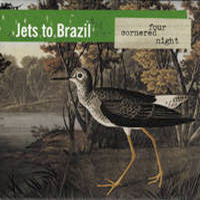