In an interview conducted a few years ago, NOFX bassist/vocalist and Fat Wreck Chords owner Fat Mike called Bracket (semi-jokingly) “the laziest band on the label.” But for good reason, I’m sure: Not just cuz they are indeed tortoises when it comes to putting out albums (last studio release? Five years ago), but because it must take geniuses an extra amount of lazily hanging around to come up with songs of this caliber. Shit, if we get something as good as Requiem every half a decade, I for one am willing to wait.

Requiem, ironically not released on Fat Wreck Chords, is Bracket’s first album to be recorded, produced, and mixed entirely by the band at their newly established Trailer Park Studios. When taken into consideration that the band had to construct the facilities and write these fine 17 tunes, five years doesn’t seem like a long time. Even a casual listen to this record will show the amount of work that went into the arrangements, especially the vocals. Bracket have always been more “classic pop” than pop punk, so it’s no surprise that the band go full out on Requiem, conjuring the spirit of Pet Sounds into powerful blasts of distortion. Just how many vocal tracks are there on this thing!? Sounds like someone’s been listening to Jellyfish nonstop! With harmonies up the wazoo – and a thorough understanding of West Coast pop mentality (including how NOT to make double-tracked vocals sound like ass) Requiem is a dizzying display of melodic counterpoints and bittersweet hooks dressed up in beefy guitars. The fuzzy-around-the-edges production might not be as slick as some of the band’s past works (understandably), but it lends the music a tougher edge that’s sorely needed since the harmonies are so, well, pretty. And catchy, I might add. What’s pop without knowing how to grab ya?

Kids these days think that anything written in bone-basic E-major with some whining over it is “emo.” Have them listen to Requiem and laugh as their heads explode the sheer melodic assault. Bracket are filling the gap left behind by both Jellyfish AND Face To Face… LOVE IT!

It has been a long time since your last studio album. What the hell happened?
(chuckles) Well, we’ve always taken our time between albums, but we’ve never gone this long before. Our last record, When All Else Fails, came out in 2000 on Fat, and since then, a lot has happened. After we played some shows, Fat wanted us to do a live album (Live in a Dive), and we said yes. Fat Mike told us which songs he thought should be on the album, so we practiced just those songs for a few months. That’s all we did, we didn’t play out or anything. After we did the live album, we decided to build our own studio by gutting out and rebuilding this abandoned trailer home that’s on (guitarist/vocalist) Marty’s dad’s property. And then we had to buy equipment and teach ourselves how to record. The whole process took over a year and-a-half. After that, just as we were about to start working on the music, our drummer Ray told us that he was moving to Denver.

What for?
His job. He was being relocated. We were really discouraged by this. We didn’t want to get a new drummer, and we didn’t want to break up, especially after having gone through so much trouble building the studio and writing songs. So we decided to make the best of the situation, and work in a long-distance relationship. (chuckles) So Marty and I got together, wrote a lot of songs, did demos for a lot of them, and sent them to Ray (Marty plays drums too). He practiced them at his place, flew in for one rehearsal, and then we kept writing. Finally, we got everything done – all the rest of the music, recorded to a click – and Ray flew in again to record the drums. We then added all the vocals, harmonies, and arranged some strings. Each of these steps took longer than we expected, so it ended up being five years total. 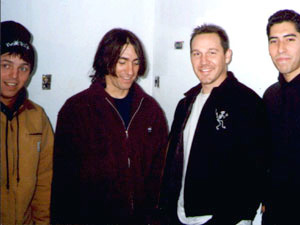 Once the record was done, we sent it to Fat. After a few months, they got back to us and – to our surprise – decided to not release it. We were let down and unsure of what to do. We’d worked so hard on this album and were so proud of it – we definitely think it’s the best thing we’ve ever done – that there was no way we were just gonna call it quits and shelve it. So we kinda laid low for a while, trying to figure out what to do, what labels we could approach, etc. Then Takeover found us on Myspace…

How did that happen?
Their art guy (I think), Matt, wrote us a message saying that they liked our music. It was nothing label-related, cuz we hadn’t announced that we weren’t on Fat anymore. They asked if they could hear the record, so we sent them a copy. After a while, we said “Why not just ask Takeover?” They seemed into the band, they liked the music, so we approached them and finalized everything.

You said that Fat didn’t get back to you until a few months after you sent them the album: Why such a long wait?
To this day, I have no idea. I was never really told. I’ve gathered that, when we sent the record to Mike, he was on tour for quite a while, so I’m not even sure if he got to hear it for some time. But we’ve never felt like we were a part of their… circle of bands and friends. We’ve always felt a little bit like outsiders. And I think they were never happy with the fact that we don’t do much. Maybe Mike just didn’t like the album and was waiting to find a way to tell us? But the last time we spoke, he said he was still interested in putting out another Bracket album, so I don’t know.

Not that I really heard this from anyone or anything, but I’m under the impression that we weren’t really headed in the same direction as Fat anyway. I think they’re becoming less pop-oriented. I know there are some “different” songs on this new album, but I don’t think they’re that different. Either way, though, there’s no ill will or anything, everything’s cool.

Are you guys close to their headquarters in San Francisco?
Yeah, I’m in Santa Rosa and Marty is from Forestville, where the band originated. We’re about an hour north of S.F. Takeover is in L.A. Funny enough, we’ve yet to meet them in person. It’s been mostly emails. At some point, we’re gonna have to make the 10-hour drive down there to say hi.

What does Takeover expect from you guys in terms of promoting the record?
Right from the start, we told them that – not that we’re NOT planning on doing ANYTHING – we don’t tour much. In fact, we haven’t played live since before we built the studio. Even before these last five years happened, we had stopped touring massively. Bracket did a lot of touring in the mid-to-late ’90s, and you get burnt out after a while. Plus, we all have families and day jobs that are hard to leave.

But we’d like to play some shows later on, if we can make it work with the long distance drummer and everything. (laughs)

In today’s musical climate, if a band doesn’t tour for two years, they’re forgotten. I know you have plenty of albums and older fans, but after such a long absence, what do you think you’ll face out there?
I don’t know. I know we have those fans who will wait as many years as it takes to hear a new album from us and see us live, but I don’t know what it will be like to tour again. Money is not even an issue – we have jobs and don’t expect to “hit it big” – but we would like to get on some like-minded tour that could be fun. I’d like to tour with The Muffs. We like them a lot.

The Muffs!? Are they even still around!?
Yeah! But you’re right, that’s probably not the most profitable pairing. I guess at this point we’d just like to be with people of the same vein. The last Fat tour we were on was with No Use For A Name and Good Riddance, and we kind of felt like sore thumbs. Not that being sore thumbs is a bad thing: It put us in front of new people who might give us a shot. We could go out with Yellowcard, (chuckles) but I don’t foresee that happening.

What is the future of the band?
Actually, we’re so happy with Requiem that these years have only served as an inspiration to us. We’re very, very proud of the album, and would love for as many people to hear it as possible. We want to keep doing this, to make albums that hopefully people will want to hear. In fact, we’ve already started writing some new songs. We want to keep pushing ourselves with every album, cuz otherwise, we’d be bored. Hopefully, we will be able to keep ourselves and the music exciting and different every time.
(www.takeoverrock.com) 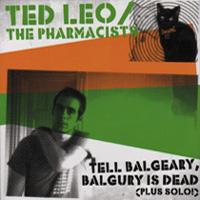 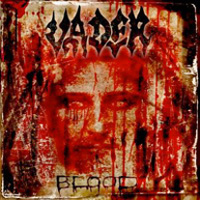 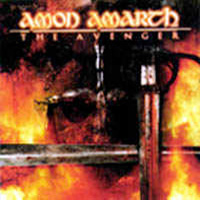