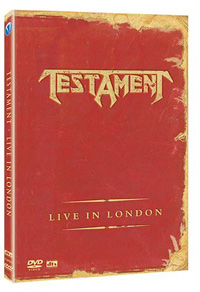 Though considerably less hyped than the reunion of “classic” Anthrax, the original line-up of Testament tore through this past summer much more convincingly. No surprise, since guitarist Alex Skolnick automatically makes any engagement that much more incredible. Indeed, as vocalist Chuck Billy states in the interview portion of the DVD, it just sounds like Testament when Skolnick plays with the band. The man’s style is irreplaceable.

Playing material from The Legacy to The Ritual (the last album to feature all five original members), Live in London separates itself from First Strike Still Deadly (a re-recording of the band’s older stuff) by not shunning later-era songs like “Let Go of My World” and “Sins of Omission.” Say what you will about The Ritual, but the band performs the shit out of “Electric Crown.” Like Skolnick points out during his interview, a big part of what makes metal bands sound so good these days is the equipment. With all five of these guys burnin’ up the place with modern gear, you can only imagine how monumental Testament are in 2005.

The London crowd goes absolutely apeshit over their heroes, and all 14 songs are greeted with hyper slammin’, headbangin’, and horns in the air. Billy conducts the audience like a seasoned pro, a wide grin on his face and a dynamic demon in his throat. The man shifts between high singing and guttural growls without blinking an eye. This is what every metal frontman should live up to. Fill-in drummer John Tempesta is – as usual – air tight, warming the seat for original drummer Louie Clemente (who hadn’t played drums in 13 years) to close out the set. The overwhelming feeling in the venue is of joy: The members psyched to be playing together again, the disciples (pun intended) rapturously bathing in classic glory. When they whip out “The Legacy,” the first song I heard by the band back in ’90, even I begin to get a bit misty.

Live in London, the DVD or CD version, might not be essential to someone (like myself) who owns Testament’s entire catalog, but the modern sound and the “special occasion” vibe makes it a nice addition to bust out once in a while.
(www.spitfirerecords.com) 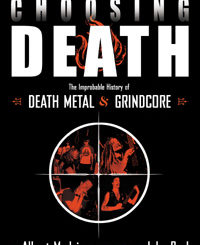 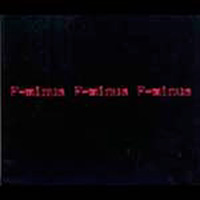 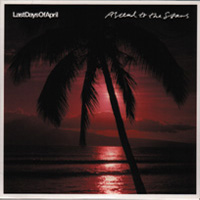 Last Days Of April – Ascend to the Stars – Interview