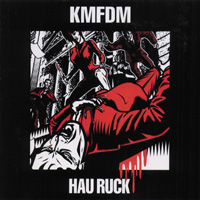 Over the years, KMFDM has had a revolving cast of artists since the apparent final album in 1999. In 2006, we find a more solid line-up consisting of Sasha K., Lucia, Jules Hodgson, Andy Selway, and Steve White.

“Ladies and Gentlemen… Hau Ruck” announces the album, then segues into the first track, “Free Your Hate,” heading down the standard KMFDM path. It’s mostly a rapid, guitar-drenched onslaught until “Real Thing,” which gives you the seductive and sultry side of Lucia, as opposed to the barks and growls. “Real Thing” has a feeling similar to “Disobedience” on Nihil. Closing the album is the heavy drum grinding German-tounged “Auf Widerseh’n,” an ending more suitably than the previous album, WWIII.

While some argue this is their finest work to date, it’s hard to live up to classic albums like Angst or Symbols, but Hau Ruck most certainly battles to be recognized as one.
(www.metropolis-records.com) 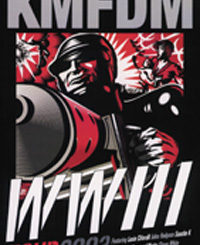 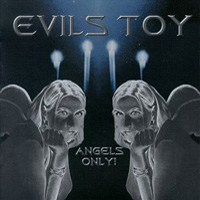 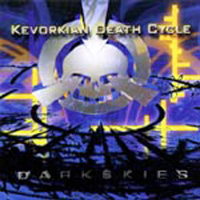