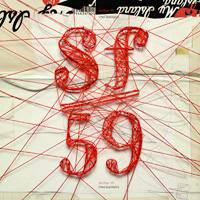 My Island continues the long-running dreamy/sleepy pop band’s return to melodies-instead-of-big-rock as first displayed on Talking Voice Vs. Singing Voice, and I for one am stoked. Cuz though Old and I Am the Portuguese Blues allowed guitarist/vocalist Jason Martin to revisit his much-missed “crunchy guitar” beginnings, the songs suffered as a result. Martin had long since become a much finer songwriter than his distortion-drenched past, a fact even he must’ve realized as he penned Talking Voice… and My Island. So it’s no surprise that this new record is packed with quality Starflyer 59 hooks and catchiness, albeit once again channeled through a slightly reinvented style.

With every album, Martin takes his favorite chord progressions and vocal lines and tries to craft them in a certain style/genre. And though this approach might confuse newbies, anyone familiar with the man’s songwriting is usually capable of seeing through the dressing-up and locating the heart of the songs. On Talking Voice Vs. Singing Voice, the make-up was ’80s synth pop. On My Island, it’s wiry bass/guitar interplay that recalls the minimalistic (yet full-bodied and just-right) arrangements of Interpol’s Antics. Chunky staccato bass at the wheel of four-on-the-floor beats, aiming for the dancefloor but secretly hoping you’d slow dance to ’em cuz, after all, these are Starflyer 59 songs. No matter how strutty or swaggery they flaunt, Martin’s penmanship will always mean one thing: Buttery, slow-cooking romance at the center. Can you not hearing “Nice Guy” as a California desert pop song a la Leave Here a Stranger? Or “Mic the Mic” removing its arpeggios and becoming a full-on rocker a la I Am the Portuguese Blues? But really, who cares? As I’ve stated numerous times previously about Starflyer 59’s works, what matters is that the songs are always great. So this time, you get ’em sounding like Antics, big deal. It’s just another refreshing take on an old favorite.

While I look forward to being surprised by Martin’s next stylistic decision, My Island has me hoping that he continues down the light and poppy road.
(www.toothandnail.com) 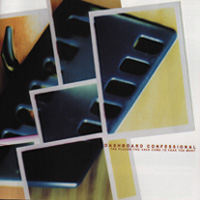 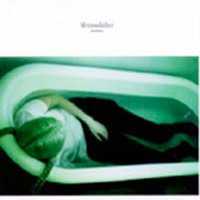 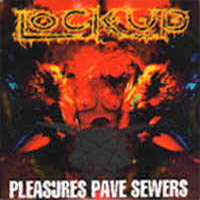