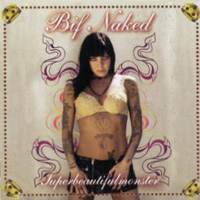 While Superbeautifulmonster has a few glorious moments, I’ve been a little let down by the last two Bif Naked releases since I Bificus. That sucker was on Atlantic, the self-titled debut was released by the long-defunct Futurist (who released a couple handfuls of great CDs, but then ruined their legacy by secretly going under and burning almost everyone for their work/ads/support), Purge was on her own label, and Superbeautifulmonster is the first release on online poker mogul Calvin Ayre’s label, Bodog Music.

Yeah, no doubt there’s some sweet pop rock here, a teen girl-power anthem or two, and an nice lil cover of Metallica’s “Nothing Else Matters,” but there’s not the feeling of continuity present on I Bificus. Another nail in the coffin she has yet to fully unpry is the leftover impressions of the horrid “look at me!” campaign someone talked her into post I Bificus. She bound around in MTV Spring Break travesties like Gwen Stefani’s replacement or something, sportin’ tats and some Indian Princess outfit (“Baby G” is listed on her Indian birth certificate, as her teenage Canadian birth mother put her up for adoption at the hospital, which explains but doesn’t wipe clean images of that stupid outfit). Her cover of “We’re Not Gonna Take It” for Ready to Rumble (a dumb but cult classic dumb movie) showed up both Twister Sister and Joan Jett (who covered the tune soon after, and someone shoulda played her Bif’s version and inspired her to bring her A-game, seeing as she got smoked by someone younger and hotter, and that shit’s gotta sting), and is worthy of an iTunes download, or rifling through the soundtracks bin at a good used CD store, as I did. Worth every cent of the 99¢ I paid for the thing. Come to think of it, search out 2000’s I Bificus while yer at it, cuz plenty of mainstream ass-wipes are bound to’ve parted with it to pay top-dollar for the next over-hyped hit, and you’ll enjoy it longer than that steak & cheese you were gonna spend the money on.
(www.bodogmusic.com) 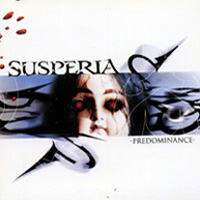 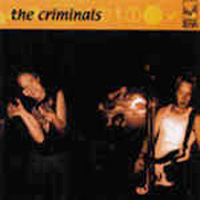 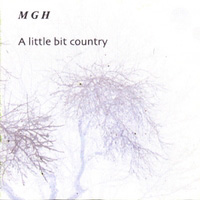