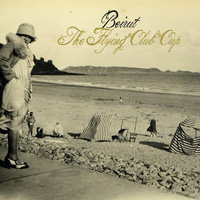 Ever the cynic (toward both hipster hype and young musicians), I’d chalked up 21 year-old songwriter Zach Condon (aka Beirut) as another undeserving hack who was riding high solely on gimmick and not substance. After all, Beirut’s debut, Gulag Orkestar, advertised authentic Eastern European gypsy melodies… from a teenager living in New Mexico!? It reeked to high heavens. Surely, I thought, this kid threw together a bunch of “ethnic instruments,” barely made sense of them, and then sat back as raves came pouring in from deaf idiots over his “vision” and “ingenuity.” The songs were bound to suck endlessly.

But then I actually heard the songs. Not the entire album, but enough snippets to make me want to investigate further. I did not encounter vacuous structure or elementary melodies, rather sufficient craft, weight, and flavor. Hmmm, maybe there was something to this guy after all? The Flying Club Cup, then, finally gave me the opportunity to dig deep into Beirut’s repertoire, and – unbelievably – at the end of the journey, I was astonished to find my cynicism thoroughly defeated.

What we have here is a classic case of “wise beyond his years.” At only 21, Condon has somehow managed to not only wield exotic foreign traits (The Flying Club Cup, unlike Gulag Orkestar, is obsessed with turn-of-the-century French culture and aesthetics), but utilize them in proportionately written, wonderfully executed, heart-wrenching songs. With a semi-mumbling, rich and elongated head voice (similar in delivery to Rufus Wainwright), Condon emotes as if he’s lived a lifetime of romance, tragedy, and everything in between. His able group of backing musicians are with him every step of the way, pushing the drama over the top with ornate string and horn arrangements. On standouts such as “Cliquot” and “In the Mausoleum,” voice and the swelling of instruments work together to invoke an emotional, nostalgic, homesick feeling toward a bygone era. And it doesn’t matter that I, like Codone (and most likely yourself), have no idea what life was like in early 1900s Paris, because the feeling is enough to convince you that you’ve just stepped into a time machine.

Even if Old Country folk music of the heart isn’t your thing, there’s plenty to love about The Flying Club Cup: These are just plain ol’ well-written songs. The melodies are memorable, the mood is vibrant, and the sentiments relatable on a basic human level. If you’ve ever been to any semi-ethnic festival, be it Oktoberfest or Cinco de Mayo, you’d know what it’s like to be surrounded by the infectious joy of a cultural celebration. Beirut might not be completely on par with such outings, but they do the trick of making you feel like you’re dancing outdoors in a huge crowd.

But, of course, nothing’s perfect, especially not a youngster who could still learn a thing or two as he continues to grow. For the most part, Condon’s vocals remain in the same register, pitch, delivery, and overall shade throughout the album. I’d like to hear him stretch beyond his boundaries in the future, be it quieter or more strained. The music also tends to stay within realms of regular waltzes or semi-tangos. How ’bout something less rigid? Maybe try to abstract the feel by playing something deliberately slower or faster? And most importantly, the melodies will eventually have to branch out of their minor scale obsession, because – even toward the end of The Flying Club Cup – the similar hooks in each of the songs start to blend together and become indiscernible.

The bottom line, however, is that Beirut really do live up to the hype. With barely two years of professional experience under his belt, Condon has already delivered an album far beyond the capabilities of most seasoned writers. If he continues to develop at this pace, I can’t even imagine the legacy he will leave behind.
(www.badabingrecords.com) 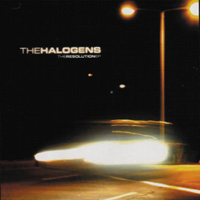 The Halogens – The Resolution EP – Review 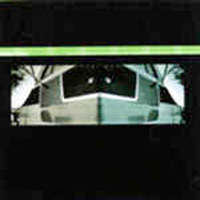 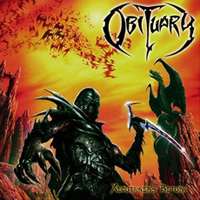