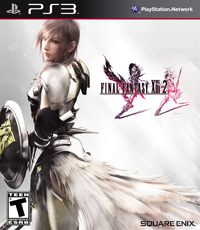 Last year, Dragon Age II was a disappointing sequel because, despite an engaging story and interesting characters, actually “playing” the game was a monotonous grind due to an unsatisfying battle system and bland, frequently repeated environments. With Final Fantasy XIII-2, the opposite is true: Exploring the game’s gorgeous environments and manipulating the fast-paced battle system is a joy, but the story and characters miss the mark. It relegates XIII‘s best characters, like the enigmatic Lightning and the endearingly gung-ho Snow, to backup roles, and the plot centers around a bewildering time-travel scenario that’s far too disjointed to emotionally connect to. Reintroducing past characters in totally different contexts makes for some exciting reunions over the course of the story, but the real reason to dig into XIII-2, just like its prequel, is the battle system. Unlocking roles and abilities for your characters and then mixing and matching those roles on the fly as the battle situation demands is completely engaging and addictive, prompting you to track down every side quest and alternate timeline that you might otherwise dismiss. Add in the ability to trap and fight alongside monsters that you can customize to make look ridiculous, and there’s more than enough meat on XIII-2‘s bones to forgive its head-spinning narrative.
(www.square-enix.com) 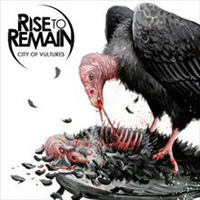