17 tracks of mostly-remixed electronic-obsessed darkness from relative unknowns to overrated divas, both male and female, but heavier on the females cuz Underworld stars the flawless Kate Beckinsale in a black skintight outfit kickin’ werewolf and vampire ass. Good for both cherry-picking and straight-through listening, while the artists are varied (and at various stages of their careers), the soundtrack as a whole flows. Which is no small feat. While some might complain some tracks are “too metal” or “too mellow,” those people ought to add a bit more diversity to their diet. Conversely, many soundtracks suffer from the “odd man out,” when one or two songs seemingly go against the mood of the rest. Like when a weary ass-kicker has a tender/reflective moment, or when some drippy chick-flick has that one wild moment and the star dances drunkenly on the table or cranks up the stereo, puts down the top, and flashes appreciative truckers. (I’m guessing on the latter, I don’t watch that mind-numbing “your life would be so much better if you fell in love” nonsense.) In the fourth Underworld installment, as in all the rest, our Deathdealer heroine fights and loves, and looks smashing doing both.

Most of the songs here are remixes, which are probably easier and cheaper to license, and also make a more unique listening experience for those who follow this type of music regularly. Opening with Evanescence, Lacey Sturm of Flyleaf, and Linkin Park pretty well sets the pace, and the inclusion of Lacuna Coil ought to surprise no one. Interesting additions are The Cure and Ministry, opposite ends of the dark spectrum from years gone by. We’re talking about werewolves and vampires here, so unearthing some classic bands makes sense. Two other nice touches are the addition of Combichrist and Collide. While they’re tacked at the end, the inclusion of some actual underground favorites who’ve toiled for a couple decades speaks well of the soundtrack’s depth. And Filter’s Geno Lenardo isn’t featured in either song (he’s in three out of 17). Stella Katsoudas of Sister Soleil appears much earlier in the mix (one of the aforementioned Geno-featured tracks), and it’s good to see her name again. She was reinvented as a major-label electronic diva after her collaborations with nearly everyone (Die Warzau, Ministry, Clemlab, 16volt, and probably more I can’t remember) before parting ways with Universal. Another major label name with a bit of cred left is Limp Bizkit guitarist Wes Moreland and his latest project Black Light Burns. While “It Rapes All In Its Path” is a strong title, the song itself is as flaccid as Filter, Bush, or any of the late-’90s electro-tinged INXS wanna-bes. Faring even worse is William Control, the synth flounderings of Aiden’s Wil Francis. All the great, dark new wave bands of the ’80s started like this, then got worth listening to. The Naked and Famous fare better by being indie rock and playing indie rock. Female-fronted (as is often the case here), from New Zealand, and about as fun to bop to as Passion Pit. Similarly, South African-based Civil Twilight hold their own because, while more indie rock than Goth metal, at least they don’t don eyeliner just to fit in. Ryan T.Hope of The Lifeline is more Filter electro-rock, 8mm is a pleasant trip-hop project that does covers and songs for shows like One Tree Hill, & Sons is perhaps sharp and spastic, but more annoying than anything, and Justin Lassen is the knob-twiddler-cum-songwriter who takes us home. So yeah, grasp around in the darkness for a while and see what works for you.
(www.lakeshoreentertainment.com) 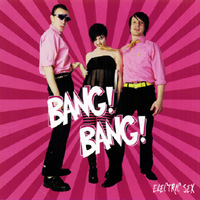 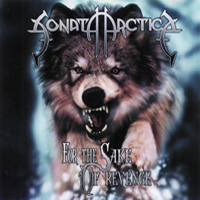 Sonata Arctica – For The Sake of Revenge – Review 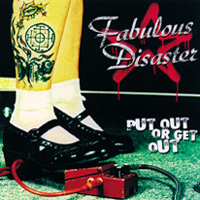 Fabulous Disaster – Put Out or Get Out – Review