Brooklyn’s beloved They Might Be Giants continue to create their own way. For many years the band has made a tradition of creating special sale packages for holiday gift giving. This year they raised the bar to a new level with a brand new Holiday Bundle.

* A set of intriguing reprints of original TMBG show fliers from their club years.

Following a series of phenomenal family projects which earned them a “Best Children’s Album” GRAMMY Award for 2008’s Here Come The 123s and a nomination for 2009’s Here Comes Science, TMBG released a new widely acclaimed adult record Join Us in 2011. The group is now back in the studio putting final touches on a powerhouse of a new adult record due out early next year. Known for their energized live show and love of the road, the band will kick off a 50-date national and Australian tour in support of the new record on February 27. Fans in NYC will have several chances to experience the band’s explosive live show one more time in 2012 at their three New Year’s shows at Brooklyn’s Music Hall of Williamsburg. 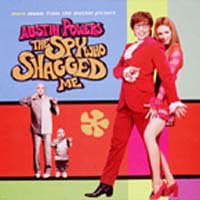 Austin Powers – More Music from The Spy Who Shagged Me – Review

They Might Be Giants MP3 Premiered on Pitchfork – News 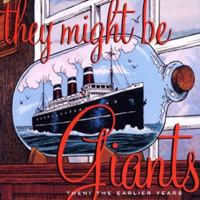 They Might Be Giants – Then: The Earlier Years – Review