Over the past two months, Volbeat has been drawing near capacity crowds in arenas with co-headliner Five Finger Death Punch. Their return to North America in 2015 will feature multiple Canadian dates, alongside appearances coast to coast in the U.S.  The itinerary begins on April 24 in Denver, CO at the 1STBANK Center.

Volbeat’s most recent release Outlaw Gentleman & Shady Ladies has sold more than 300,000 copies in the U.S., alongside hundreds of thousands of digital singles. The title has been certified platinum in their home country of Denmark, alongside Germany and Austria, with gold sales in Finland and Sweden.  The album has also been certified gold in Canada.  This past year, the Danish quartet received their first GRAMMY nomination in the “Best Metal Performance” category for “Room 24” (Volbeat Featuring King Diamond), and won Germany’s Echo Award for “Best International Alternative Act.”   Recently, “A Warrior’s Call” from Beyond Heaven / Above Hell was certified gold in the U.S. for sales of 500,000 units by the RIAA.

Since forming in Copenhagen in 2000, Volbeat has released five studio albums and two live offerings.  Over the next several months the band will continue to work on their anticipated new studio album.

Additional Dates To Be Announced 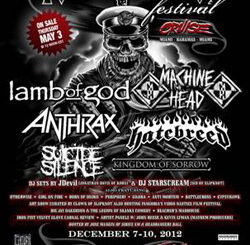 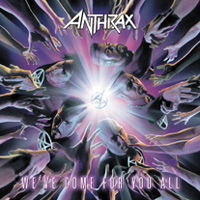 Anthrax – We’ve Come For You All – Review