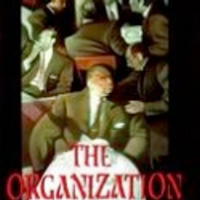 A “new” band called The Organization is climbing the charts. Just beneath names such as Prong, Alice in Chains, and Sepultura, reads a name that might not be recognized at first. Actually, The Organization has existed in it’s current form for almost three years but they are only now taking it public. Prior to that, by now it shouldn’t be a secret, they recorded and toured the world many times over as Death Angel. 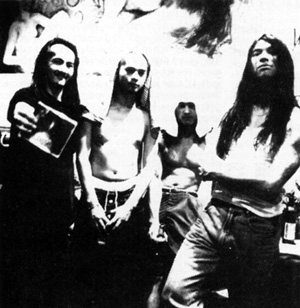 During thrash’s heyday in the mid to late ’80s, they were up in the ranks with Slayer, Metallica, and Anthrax. Back then, everyone had their favorite underground bands that sold purely through word of mouth and trial and error. Despite almost legitimate acceptance as a popular trend, even Headbanger’s Ball (which, by now, must be considered an anachronism) paid tribute only to Testament, Voivod, and other heavily-funded veterans. While they certainly don’t deny their origins, they want to make it clear that this is a new band. When asked if they might be thought of as just a re-packaging an old product milking a respected name, one of them replied (I don’t remember which one said it), “It’s not like Spin and Rolling Stone were knocking down our doors then or now, so I don’t really think it matters.” 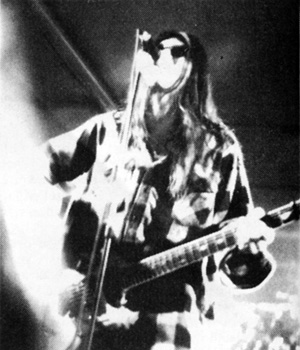 Jamie and I got a chance to meet with the band at the Middle East in mid February. After sound check and scoffing plate after plate of food, we hung out upstairs in the Bakery for about three hours. We rapped about anything and everything and got downright metaphysical in the end. Rob Cavestany, the singer/guitarist, and Andy Galeon, the drummer/singer, did most of the talking while guitarist Gus Pepa nodded and read Lollipop and bassist Dennis Pepa wandered around. Because there were no pre-conceived questions with easily tagged, fill in the blank answers; the following is based merely on the conversation as a whole. Any “quotes” are general fabrications (as most quotes usually are) from what one or both of them said. As far as individual credit goes, there is none. As someone said earlier, I don’t think it really matters.

What began as a “child prodigy” thrash band of brothers and cousins with charming ethnic flavoring developed into a top notch, world-touring band to be reckoned with. After a while, no one cared that they were 14, 16, 18 of whatever, they rocked and that’s all that mattered. They were always a band to stretch the genre to include anything they damn well felt like doing. After three increasingly successful albums, two on Enigma and the last on Geffen, and world tours that just blurred together after a while, the world of Death Angel crashed. In the wee hours of the morning, the bus driver fell asleep at the wheel and cracked up the bus in the dead zone between Phoenix and Vegas. It was a near death experience for them all, especially Andy, the drummer. His recovery time was estimated at a year. It was heavy decision making time. 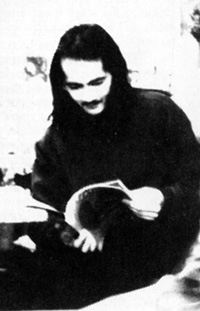 “We all had to think of what we were all about.” They decided to stand by Andy rather than replace him. They lost their label ride and their singer due to their dedication. Death Angel wasn’t just a band, nor just friends, nor was it even a blood thing. Once you share that much together, going from garage day dreams to the non-stop traveling of heavy touring – it’s a bond that can’t be broken. And nearly dying together cemented that bond. Moving back home to San Francisco they took the time necessary to heal. “We were back home thinking about everything we’d done, everything we’d been through. Y’ know, you’re all wrapped up in what you’re doing and you’re focused on all the little things going on and then BAM! It’s all over. We gave it all up to stick together, and it was like a purge.” That was the death of Death Angel.

Present time. After pulling it together and jamming behind closed doors for a year or so, the band has metamorphized into the four piece, way, way tight street smart band we know as The Organization. The death has all but been phased out, and what replaces it is a heavy, raw, and vital energy and a craving for strong melody. There is still a dark, ominous edge to much of the material, but that’s just the moodiness of life. The vocal quality, moreso than the lyrics themselves, show a stark streak of sentimentality and appreciation. From raging chants to strong, emotion-leadened vocals to the ballad, “Wonder”, the voices are, well, they’re beautiful. 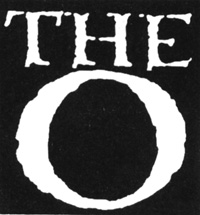 It seems incongruous to say that music this hard and searing could be really touching. It’s not the standard format to which moon-eyed girls swoon and rocker wanna-bes turn green with envy, but it fits it’s place. To be sure, they still toss enough back beat stomp and swagger into the rhythms and blistering solos into the speedcore, but there is a definite soul in all of it. They’ve maintained the chaos and power of their thrash days, gained a tighter grip on craft and development and found the strength found only through endurance of tragedy and the will to survive and take it further. Soul like this does not come cheaply. 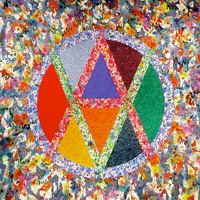 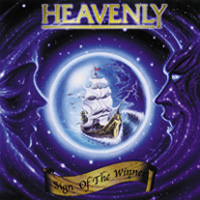