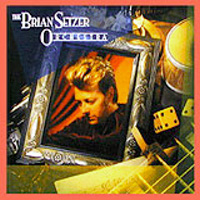 Rockabilly Demi-god Brian Setzer has once again redefined the parameters of pop music. Back in the early ’80s, the Stray Cats brought us stagger and swagger greaser brawling-rock and backseat make-out ballads. As time progressed, the Stray Cats evolved and the members popped up on other recordings more than on their own. After hearing Choo Choo Hot Fish, we should have seen it coming. Many of the songs were based on lounge lizard crooning, rich orchestration, and tender, emotional vocals.

The Brian Setzer Orchestra started as an experiment, just a fun side project, that grew from the tangents of the latter Stray Cats material. In explanation, Setzer states: “The big band thing makes total sense to me because it’s an extension of the roots and vibes of the rockabilly sound.” So now he’s combined trademark guitar style and the swing of 17 piece band and created a fusion of styles that is comfortable and familiar while being completely revolutionary. 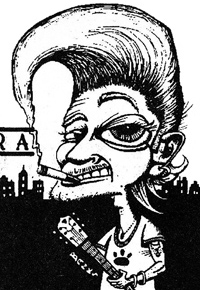 There was, of course, skepticism, in the early stages of the project. “I didn’t even know if it would work with a rock guitar leading a big band. I didn’t even know if the sounds would mix right,” Setzer admitted. And just who is the target audience for this creation? The Research and Artistic Development department must have been tearing their hair and bickering ’round the clock over the eternal question, “If we release it, will they buy it?” The disc runs the risk of “sounds like stuff my parents listen to” and “who’s the guy with the silly hair playing our music?” rebuttals. Fortunately, many old Stray Cats fans think it’s just plain groovin’ and older folks enjoy the nostalgic feeling, with updated and crisper production. Evidently, The Experts are impressed by the unique chart-writing. Melding jazz guitar leads with horns, sax, piano and a 32 piece string section (complete with Connick crooning), the CD swings through track after track of diverse tempo and influence, tipping a hat respectfully to all the greats.

The release’s finest points, I believe, are during the more fingersnapping, uptempo big band full-swing numbers when the band members all get to show their chops. Visions of dance halls, soloists standing and letting the music pour out and egged on by hoots and hollers of the loving audience, dancers flushed and energetic… a time of actually dancing and letting it all out. 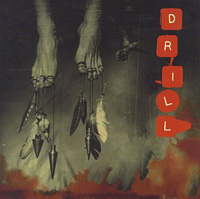 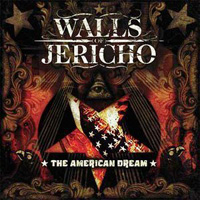