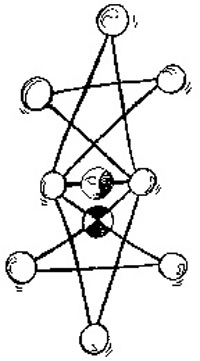 by Nicole Howard
Illustration by RAchelle

Almost as untraceable as the origin of the Tarot, Kabbalah (also Cabalah and Qabala) is a form of ancient Jewish mysticism based on the hidden meaning in the Hebrew Bible, the Torah. More than 2,000 years old, in both coded written and oral forms, the Kabbalah has been purposely hidden by the spiritually elite from ignorant recipients, because it is believed to contain so much untainted wisdom and power. The origin of the Torah (or Pentateuch) can be traced back to before 950 B.C., when at Mount Sinai, Moses received the oracle of Yahweh (the name for Israel’s god, which when translated means “He causes to be.”) The main thought behind Kabbalah, just as Yahweh’s name implies, is that God has disintegrated himself into human souls so that He may experience life through us, that we are many and we are one.

An ironic thought for a world full of Generation X-ers who hold onto their individuality so tight that their hands turn blue. Or, for a skeptic like me, who suspects God of imbibing mass amounts of tranquilizers, his tulip-lid eyes falling down, while the angels go crazy trying to run things, not knowing quite what to do. Meanwhile his little Earthly creations go all awry. Or better yet, he’s just like Santa Claus, except BIGGER, and I’m wondering, maybe he couldn’t fit down MY chimney, and how does he get to everyone’s house in just one night when there are so many people?

Well, Kabbalah says that he already IS in every house, inside every person. It is just a matter of getting in touch with your Self. In turn you reach Him. We humans are on a quest of spiritual development to realize God consciousness, but we must first understand our own internal Being. For centuries now, Kabbalah has been considered by some “the ultimate key for unlocking all mysteries of the Universe.” It is “the guidebook for the journey of the soul upwards,” not unlike the Tibetan and Egyptian Book of the Dead. Alongside its counterparts, it shares the idea of reincarnation and systematic procession of spiritual development through levels. Kabbalah is conceived around the Tree of Life, a diagram of (among other things) existence, where our spirituality is comprised of 22 progressive paths through 10 interlocking divine emanations or spheres (beginning with Malkuth “Reality” and ending in Kether “The Crown.”) The 22 cards of the Major Arcana of Tarot are likened to the pathways, while the Minor Arcana are placed on the corresponding sphere by their numerical value of ace to ten. Further emphasis is placed on Gematria, a Hebrew system where Hebrew letters have numerical value. When the letters for a particular word are added up, it is believed that words having the same value are synonymous. For example, the words tarot, energy, element, cross, and Jesus all equal the number 74.

Both Pythagorean and Gnostic thought support Kabbalistic principles. Pythagoras not only developed a mystical number system as well, but also believed in reincarnation and was widely known to have free recall of his own past lives (see The Pythagorean Sourcebook and Library by Kenneth Sylvan Guthrie). Colin Wilson’s The Occult discusses Kabbalah similarities in Gnosticism, in which certain schools place God above Creation. God, they say, dwells beyond existence in the world of mystical Plenitude. The world itself was created by the Demiurge (a stupid and conceited demon), who is ignorant of the fact that he has fallen, and believes himself to be the only God. He and his archons created man, who is now trapped in a world created by a deluded God. But something in man recognizes this falseness, and he yearns for his true God. As Kabbalah tells us, man has the chance of escape, through knowledge and by the use of his will and intellect. The Tree of Life provides us with this map and framework of salvation.

Henrietta Bernstein explains a fundamental aspect of Kabbalah in the Cabala Primer. There are two great worlds that we co-exist in; the microcosm, is the world of below, the physical plane of Earth; the macrocosm, is the world of above, Heaven. Human Consciousness (microcosm) is directly related to God Consciousness (macrocosm). There is no way to separate them, and we could not have one without the other. As Westerners, much of our lifs struggle is spent trying to live soley in the physical, when what we need to do is co-join the worlds of Heaven and Earth. The aim of Kabbalah is to bring about this Oneness with the Universal Understanding of God Consciousness. Alongside dealing with our everyday problems, we must embrace both the physical and metaphysical realities. Only then will we discover the deeper questions of thought and the soul.

P.D. Ouspensky’s obscure but highly notable A New Model of the Universe urges us to look at the similarities between man and the universe. Everything on Earth, whether it is our bodies or the objects around us, is comprised of matter. We consider electrons and atoms complex, yet they are simply component parts of a larger whole. If we were able to perceive the solar system on a much smaller scale, we would realize that we are built identically to that which we consider “vast.” Humans are merely a smaller mirror image of the universe reflected back. This theory is in agreement with ideas of the Kabbalah, which asks us to understand that everything is broken down, yet connected and whole.

How do we make ancient mysticism fit the convoluted twentieth century? And better yet, why are mere peons (such as myself) being allowed to access this sacred knowledge, now available at book stores? The answer (possibly) is that we are in The Age of Aquarius, a “wondrous time” which will later stand as a historical landmark, where people went back to their spiritual roots. We are being armed with this information, because it is both necessary and timely. A modern and noticeable figure in Kabbalah thought of today is Rabbi Phillip S. Berg, author of over 18 books, including To The Power of One.

Released in 1991, it’s based on the Zohar, which is Rabbi Shimon bar Yoshi’s interpretation of the Torah, written while he was hiding from the Romans in a cave in Peíquin for 13 years. His view takes an alternate direction and is primarily concerned with “The Force,” the astrological, unseen force of the cosmos of which man is simply unaware, but which has a direct impact on his life. This cosmos theory gives idealistic original justification for, most notably, why we crave sleep and why we abuse substances.

The basic component centers around the idea that we are victims of our bodies’ consciousness, which is consumed by “The Desire to Receive For Oneself Alone” (selfishness). Much of man’s agony and dissonance is due to the fight he performs every 24 hours. During the day we must live in the physical, but while asleep we rejoin “The White Light” (God), which we unconsciously starve for (This would explain why I regularly awaken in the middle of the night having forgotten who I am and what my name is (this time)). As you might anticipate, alcohol and drug abuse is another way of getting closer to “The White Light,” since it involves altering mind consciousness and inducing a semi-hypnotic realm where we are more open. Rabbi Berg asserts that the answer to control over ourselves lies in understanding our relationship with the cosmos. We are mad-hatters stuck in an illusionary world and we must fight the currents of complacency, we must realize our existence and PUKE IT UP!

Rabbi Berg represents a current New Age trend, but my own instinctual properties urge me to trace back further. His mysticism is interesting, but lurks in the corner of plasticism. Instead of defining concepts, he tends to burst upon them. The Kabbalah, after all, has remained hidden for centuries due to its sublime content and the reasonable fear of having it mindlessly warped in the hands of the well-intentioned but ignoble. Various portrayals such as this one emphasize that there is a danger of becoming too wrapped up in ideology, when esoteric and acute wisdom both seem more relevant. We can call it one thing or we can call it another, but in the end it is all the same.

And my God? My goD, my only goD, when I look in the mirror, she looks me in the Eye, she delivers me presence.

Next month, PART II will discuss THE TREE OF LIFE AND TAROT. 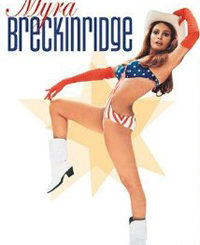 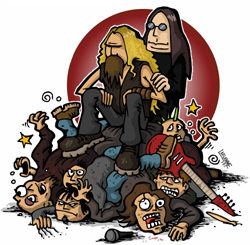 Dead Mexican in My Headphones – Back Up Beat Up – Column 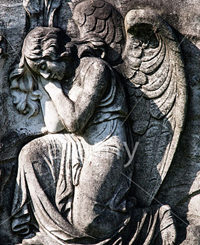 The Goth Scene In Boston – Column