at Pearl Street
by Paul Lee

It’s not often I get to see a legendary band. It’s even rarer to see a legendary Swedish death metal outfit like Entombed grace our shores. When I got the news that they were trekking out to Northampton, MA with some hardcore bands, I leaped at the opportunity to see them. Entombed came to the States for a month to push their banner CD, To Ride, Shoot Straight and Speak The Truth. It may not match the mighty Clandestine, but it stomps all over your carcass like Motörhead on steroids. I was not going to miss Entombed!

Following five hardcore acts (I only caught the fair, metallized-h.c. of Hatebreed and the Neurosis-like, yet captivatingly fierce, Bloodlet), Entombed stormed the stage at Pearl Street and the force or their blast literally made my boots feel like someone was kicking them. I was so delirious with excitement, I didn’t even process what the first tune was, it was a demonspeeding one off the new disc. Didn’t matter, it was fast and furious as they slid right into the new “To Ride, Shoot Straight and Speak The Truth,” a crazed, mid-tempo yet barbaric track. Songs from the last disc, the good-but-not-great Wolverine Blues, like “Hollowman” (yeah, that’s a great one), “Demon,” and the title track were so much better and rawer live.

Original guitarists Alex Hellid (who kindly got me entrance to the sold-out show) and Uffe Cederland just let the monstrous chords careen out of their Marshall stacks. There’s probably no pair that have set such a precedence for death metal like these Swedes and for damn good reason. The power of their chords and melodic notes was so wonderfully damaging live. Roaring into a Clandestine classic, “Crawl,” sent a shudder up my vertebrae, these six-stringed monsters just boomed. Original vocalist L.G. Petrov, with one of the most bestial voices anywhere, just roared and bellowed throughout the show without a single faltering moment. How the hell does he do it? New bassist Jörgen Sandström and a new drummer (he replaced the mighty Nicke Andersson who left to play guitar with his rock outfit Hellacopters) fit right into the action like well-seasoned warriors.

Was it worth the journey out West? Fuck, yeah! We should be so fortunate to get great Swedes like Entombed to come this way again (or any good extreme Eurometal). They are truly one of the greatest death ‘n’ roll band anywhere. My only criticism, the show was too damned short, less than an hour, and the only other classic they played was “Left Hand Path.” Oh well, it was a great show anyway. If you haven’t heard To Ride.., take a blunt object to your skull and then get it. Too bad you missed this wonderfully fierce and nasty little show, better luck next time. 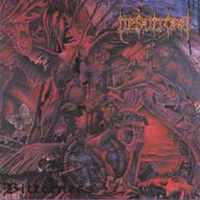 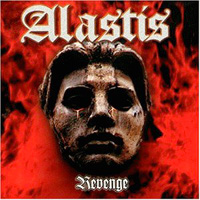