Having read all other Lollipopper’s reviews of this record, I have one knee-jerk reaction: Y’all missed the fuckin’ point. Euphoria Morning isn’t supposed to rock like the Soundgarden daze of yore, it’s a tangent for brilliant songsmith Chris Cornell, a way to sidestep the crunch, and focus on the gentle swish of fields of grain. Or something like that. 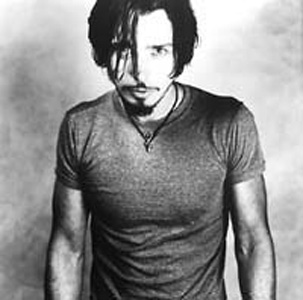 Sure, a heavy riff and pounding beats can tear your insides out like a meathook, but with the “invention” of nü metal – the dumbing down of well-written metal – I can see Cornell’s thinking behind not wanting to run with the crowd that makes old Ministry riffs sound provocative. Power for power’s sake has spiralled inward on itself so much by this point, that what passes for riffs these days is two or three power chords chugged in percussive style. And they call it “groove.” Melody, nuance, and finger-flying technicality have given way to a homogenized grrr that top-notch producers crank to 11 in a wall-of-guitar sound Pantera perfected in the early ’90s and everyone else has been copying ever since. Is it any wonder that Cornell, a true musical artist the likes of which this decade has rarely seen, wants to distance himself as much as he can from the talentless’n’tattooed meatheads who leap about the stage in baggy pants, provoking their audience to sway their arms above their heads in that individuality-stripping wave thing fellow dumbass sheep do at sporting events? There’s no melody, no songwriting, and as opposed to other genres where there’re choruses, verses, and the heart-racing key change or breakdown (you know the part; it’s when you lean forward in your seat and slam something to the slower, heavier beat, or you lean into the key change cuz, man, the power and passion just wash right over you and sweep you away), nü metal is the breakdown, and thus has nowhere to go. The songs repeat the same “dramatic” breakdown, with no additional dynamics to differentiate one part significantly from the rest, and therefore you have yet another string of tiresome songs by interchangably tiresome bands who’re locked into their one style (one song, if you wanna get right down to it), with no growth potential and no stylistic flair. They do nothing but repeat themselves until they get sick of themselves or people realize, “Hey, these guys suck.” Probably the former, cuz the general public just really isn’t all that bright.

Chris Cornell, on the other hand, is bright. While many have criticized his letting his Beatles’ influence take over, that’s like saying “He’s writing wonderful, moving, dynamic songs, using every trick he can think of to craft pop gems that’ll outlive him and me and all this other shit I listen to.” That’s right, slap yourselves for being stupid.

For years now, Cornell has veered away from the power for power’s sake style. Soundgarden songs became increasingly complex and impressive musically, never losing sight of the raw emotional power needed to keep the restless masses captivated. Without becoming prog rock or any such cold, detached, pompous, boy-can-I-play, Cornell slipped tragic beauty into music usually known for its ball-crushing riffs. And he got away with with it. Critics lauded his genius, but critics don’t buy records and therefore should be distrusted. Intelligent fans lapped up the maturity of a guy who once howled like a wolf at the moon, yet realized he had quite a mid-range to explore. And the common folk? Hell, who cares why the Pearl-Jam-now-Creed-loving dolts bought the record? They did, it encouraged Cornell to continue on his golden path, and hopefully the fans realized they were encountering something with far more integrity than Bush and other genre-jumping money-grubbers. Cornell, perhaps like Bowie in a way, creates, and others follow. So if Euphoria Morning proves the commercial success it should, we’ll be inundated by half-assed “artists” milking frail tears from the rock. And while most of it’ll be crap, hell, it’s better than the ever-constricting genres surrounding it – rock built on rock, ska inspired by ska, punk weaned on punk, metal based on a single metal riff, and on and on. Cornell is at least letting his pop-loving winky dangle for all to see, and he’s dug back to the days when bands had to have songs on their records, or the Perry Como generation label execs wouldn’t release it. Euphoria Morning is a return to the swelling movement of a song, the subtle build-up using “uncommon” instruments and sounds to achieve a diverse, worldly, instinctively trustworthy sound.

And the voice, my God, the voice! Unlike the distinctive yet mildly irritating yowl of his early material, Cornell has learned to harness The Beast and let the fucker bay at moon-drenched skies when appropriate, yet rumble in his chest like a choked-back sob when that’s appropriate. Like moderately successful attempts by rock/metal singers Axl and Halford, Cornell is stretching his wings, now that we all know he can stretch his lungs. Why prove yet again what you’ve already proven? And unlike Whitney Houston and the whole new breed of silver-lunged mutants, Cornell conveys passion where they only convey vocal talent. Perhaps it helps to write your own fuckin’ songs, huh?

Regardless, Chris Cornell has bestowed upon us a masterpiece of beautifully-crafted pop gems unlike any other of the late ’90s. While greatly reminiscent of the Beatles’ artful work, The Voice has magic distinctively its own. He began the decade as a flannel-wearing grunge pioneer (not knowing that that Westward movement would be corporatized by profit leeches like the Gap), and he exited it as one of the most respected, risk-taking songwriters to come down the pike in some time. Get this record, feel your heart ache and your knees tremble, and be impressed by the quality of musicianship that can come from a skinny, formerly shaggy-headed rocker in the final throes of the 20th century. 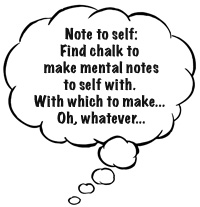 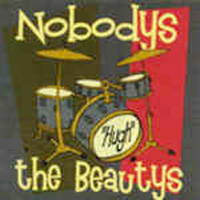 How We Rock – Review