by Scott Hefflon
illustration by Ans

Band Names, Present and Future
Much like urls (that’s website addresses for those under a rock), most of the good, simple band names are taken, right? Well, not all of them… Also, hell, why not simply amend a band name to your liking? It’s supposed to fit your high-falutin’ concept, right?

I kinda always thought a good Nirvana cover band name would be Nirvana-Na-Na. Maybe there already is one. Maybe there are ten, seeing as it’s unlikely any of them’ll ever get signed and need to copyright the name. And most of them, to be completely honest, probably aren’t the type to research and trademark a name, or really give a shit that other bands have the same name. They’re a tribute band, after all…

One thing to keep in mind here is that many of the band names proposed probably exist already, I’ve just been lucky enough not to hear of them. And yes, while I’m picking on emo and hardcore, the same could be said for any genre. I had to start somewhere…

Well, it almost works: “Planes Mistaken for Stars: Cross My Heart, (Hope to Die), Ink & Dagger In My Eyes.” The name I’m missing is the one that makes the most sense for crybaby sensitive boys.

How to come up with a band name
Most single words are taken, but there are plenty of nonsensical two word combinations still available. And while emo kids seem to fancy phrases (many based on clichés, like their music), shorter is usually better.

I kinda like verbs because you really get a feel from how aggressive or passive a band is. I mean, Braid isn’t exactly going to throwdown with Ignite, right? All Out War and Hatebreed sound like thugs, don’t they? And while I think it’s a noun, Indecision is a pretty pussy name for a hardcore band (and a hardcore label). I mean, “Kill the Poor” and “Lynch the Landlord” are Dead Kennedys songs on the same freakin’ record, have we learned nothing?

With Prepositions
Voice of Reason, Fury of Five, Dare to Defy, Jets to Brazil, Cause for Alarm, Blood for Blood, King for a Day, Training for Utopia, For Love Not Lisa, Moods for Moderns

This, That, and the Other Thing
Some of these are taken, some aren’t. Some are more honest then bands’ll ever be about themselves (Bark up the Wrong Tree, Blow Off Steam, Middle of the Road, Whistle Blower, Chip on the Shoulder, Know it All), but we can always hope…

Sink or Swim, Stand or Fall, Skate or Die, Tit for Tat, This for That, Bowling for Dollars, First and Last, Hit and Run, Cats & Dogs, Peaches and Cream, Prim and Proper, Ham and Eggs, Smell a Rat, Out of Line, Make a Scene, I Defy, For Against, Against All Odds, Against It All, Drunks Against Mad Mothers, Writing on the Wall, Two to Tango, Ax to Grind, Break the Ice, Draw the Line, Toe the Line, Below the Belt, Jump the Gun, Start your Engine, Turn the Screw, Bite the Bullet, Between the Lines, Between the Lies, Slush Fund, Carry a Torch, Carved in Stone, Take the Blame, On the Ball, Jump the Gun, Play the Field, Up to Snuff, Washout, Burnout, Skin the Cat, Screw the Pooch, Lay An Egg, Talk Shit, Shoot the Shit, Slipshod, Chew the Rag, Flash in the Pan, Ride Shotgun, Bark up the Wrong Tree, Blow Off Steam, Middle of the Road, Backseat Driver, Know it All, Dumb as Dirt, Head Up Your Ass, Don’t Know Shit, Hill of Beans, Donkey Dick, Horse’s Ass, Pot Shot, Suckerpunch, Dick in the Dirt, Fat in the Fire, Full of Beans, Upset the Apple Cart, Rock the Boat, Squeeze the Weez, Choke the Chicken, Shock the Monkey, Stroke the Dolphin, Bring Home the Bacon, Golden Goose Egg, Cook the Goose, Cat Out of the Bag, Go to Pot, On the Nose, Pig in a Poke, Chip on the Shoulder, Elbowroom, Hogwash, Paint the Fence, Knock on Wood, Pay Through the Nose, Pull Up Stakes, Push Up Daisies, Pussyfoot, Clean as a Whistle, Come to a Head, Card up the Sleeve, Dead as a Doornail, Nip in the Bud, Fly Off the Handle, Pull the Plug, Bull by the Horns, Whistle Blower, Make the Grade, Chips Are Down, Against the Wall, Bitter Pill, Ramrod, Bunk, Bitter End, Lockdown, Dragout, Showdown, Fallout, Meltdown, Knockdown, Stakeout, Blowout, Dugout, Bury the Hatchet, Deadlock, Fall Guy, Mark Time, Firestorm, Shitstorm, Strait-Laced, Hold the Bag.

Special thank to Tim Den for actually reviewing a lot of these bands, and to “Why You Say It” by Webb Garrison (a book of where clichés come from that my family got me for Christmas). 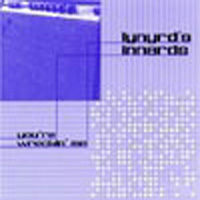 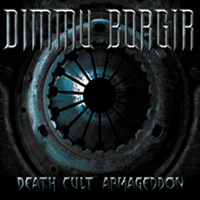 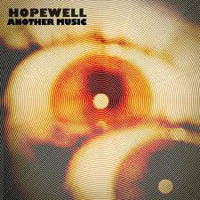