Who knew? Being American, I’m always kinda surprised when I hear of cool things going on, ya know, “out there.” The simple arrogance that we’re the only place that has cable TV, voice mail, and stuff… But no, there’s this whole world out there, and in fact most of them don’t live in shacks or in the desert somewhere, banging rocks together as their musical contribution to the world. So here’s this German label, Wolverine, putting out kick-ass double comps (for the price of one CD, I hear) where punk bands cover top 40 songs throughout the ages. I mean, sure, a lot of these songs’ll make you cringe and say, “God, that’s fuckin’ awful! Why’d you cover that?!?” But much like the Sex Pistols’ Great Rock’n’Roll Swindle, sometimes something absolutely horrid transcends horridity and brushes genius. Um, and sometimes horrid things are just plain horrid and ya gotta remember never to listen to that track again or someone’s gonna get hurt…

So there’re 25 tracks on each of the two CDs (that means there are 50 tracks, in case you’re having a little trouble keeping up), and the bands range from shitty punk bands I’ve never heard of to shitty punk bands I have heard of. I kid… No, there are “household name” punk bands here, and a surprising number of them. And as for the song picks, man, it’s really diverse and impressive. It’s encouraging to think punks can, ya know, appreciate an old, kinda dorky song and realize it’s a great song, and wouldn’t it be fun to play it really, really fast? I mean, The Beatles are pretty obvious, and it’s not too tough to cover REM, Bryan Adams, Cyndi Lauper, Culture Club, Katrina & The Waves, and various ’50’s songs for cheap kitsch value, but Saint Zero covering Randy Newman’s “Short People,” Schüssler Dü covering New Order’s “True Faith,” Across the Border covering Simon and Garfunkel’s “The Boxer,” Ärzte covering Frank Zappa’s “Stick it Out,” and a few others (a bonus dark surf cover of Black Sabbath’s “Paranoid” in some other language) man, that’s just inspired… And that’s not a word often used to describe the current state of punk, right? Other bands doing that voodoo that they do: Mars Moles, Me First + The Gimmie Gimmies, The Punkles, Wohlstandskinder, MxPx, Bollucks, Wisecracker, Swoons, Untergangskommando, Digger, Scabies, Millencolin, The Billy Rubin, Kick Joneses, Nobodys, C.I.A., Daddy Memphis, Adolescents, Daisies, Rhythm Collision, Mustard Plug, Samiam, Bradleys, Mr. Bubble B + The Coconuts, Snuff, Jet Bumpers, Crivits, Psychotic Youth, Germ Attack, Badtime for Bonzo, Jeff Dahl, Hoblins Choice, 30footfall, Sigi Pop, No Fun At All, Heiter Bis Wolkig, Parasites, Vageenas, The Pug Must Die, Noe, Hi-Standard, Under the Church, Skin of Tears, Baken Beans, Frau Doktor, Yeti Girls.
(www.spv.de) 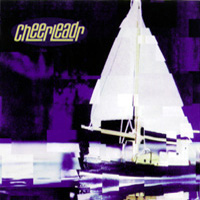 Propagandhi – How to Clean Everything – Review