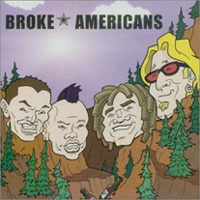 Almost passed on this cuz it’s a dumb band name, the cover is lame, the production sounds like a suburban hard rock band’s first try in the studio, and most of the opener, “Eat Shit and Die,” is stupid. But 1:20 in, my ears perk up cuz the smokin’ solo reminds me of Sweaty Nipples, the vocals shuffle into Ugly Kid Joe territory (think early on: “Everything About You” fuckin’ ruled, admit it), and by the time the Kid Rock’n’roll cowboy swagger of “Totally Awesome” starts in, I’m glad I didn’t throw the CD against the wall simply cuz they started off with a bad song.

These L.A. troublemakers (yeah, where else?) used to be called The Assholes, and an earlier version of “Finally Over” was supposedly used in Bride of Chucky, but I sold that soundtrack the same week I got it, so I can’t verify shit. And “Hit Single,” hell, anyone who shouts “We Love It!” like that CBS/NBC/ABC theme song from back in the day while talking about weed, Pamela Lee, and not being able to pay rent, ya got my vote. Some other stuff is “eternal opening band” material (in-jokes best left for live shows in your hometown), and a lot sounds like the early/mid-’90s (I’m thinking Ugly Kid Joe slacker surfer-bum boogie and simple funk stuff like they heard Fishbone’s classic “Lyin’ Ass Bitch” but didn’t wanna work that hard, ya know?), not to mention that the more someone uses hip slogans and trendy one-liners, the less they’re actually saying anything themselves, dig? And “Farmer Twin”? Yeah, a hoedown (so to speak) about the twins who “broke you in” is always a treat, ‘specially when it’s all Reverend Horton Heated-up. So that tune, “Totally Awesome,” “Hit Single,” and the not-as-good-as-it-oughtta-be “Proud to Be An Asshole” hit the mark and make this sucker a good one to play loud when the guys are over, drinkin’ beer, talkin’ shit, and sharing fave porn sites.
(2824 Regatta Bld. Richmond, CA 94804) 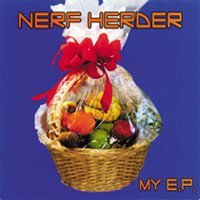 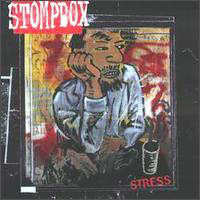