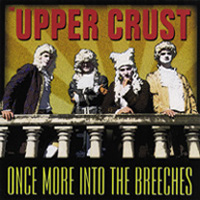 Once More into the Breeches (Emperor Norton)
by Scott Hefflon

Do you like Bon Scott-era AC/DC and Monty Python spoofs? Then you’ll love the roque’n’roll antics of The Upper Crust. These clever Bostonians are wiggers you’ll laugh with instead of laugh at!

OK, the joke is that Count Bassie, Duc D’Istortion, Lord Bendover, and Jackie Kickassis are over-privileged British aristocratic brats who rock in grande style – wine, women, and song in abundance. Marquis de Sade be damned, these guys are gonna rock like it’s, I dunno, whenever guys wore white wigs and pantaloons and didn’t get their fruity asses kicked. Like Plunkett and Macleane and Dangerous Liasons (or the Buffy’n’Ryan remake, Cruel Intentions, which shows exactly what’s so goddamn shallow and vapid about teen heartthrobs – check out that pouty Ryan Phillippe fucker in the dark thriller The Way of the Gun for a new look at him and some other buff pretty boys), The Upper Crust is pure decadence and debauchery the likes of which are so rare, I have trouble remembering how to spell the words!

Like classic AC/DC, the tempos range from mall-struttin’ to mini skirt-twirlin’, and while neither may exist outside of roadside beer pits where puttin’ Skynard on the joint box elicits a cheer, shit, that’s what ya got here. And while the truckers’ll probably think The Upper Crust are a little queer, the girls’ll eye the cucumbers in their trousers and fluff their hair for them. Sure, some of the songs drag, but there were whole AC/DC records that dragged, and they’re still classic, so go with it, huh?

There’s just nothing like these guys… I seem to recall liking Let Them Eat Rock more, but this is the third record review I’ve done on them, and I did a phoner interview a few years ago while wasted and getting blown, so pardon me if this just doesn’t strike me the same, dig?

For anyone who misses Bon Scott’s distinctive intonation, this is the closest you’ll get. No “Highway to Hell” yowls, but really, no one’s gonna match Bon, so give it up already. And ditto with the often droning/driving riffs ripped apart by cartwheeling solos: It ain’t Angus, but it’s as close as yer gonna get without a time machine, bud. And while some may think the humor and lacy foppishness kinda, ya know, gay’n’shit, well, fuck ’em; they aren’t invited to the party. And these boys know how to party, lemme tell ya!
(www.theuppercrust.org) 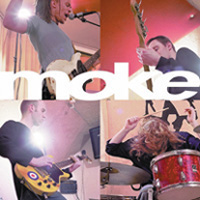 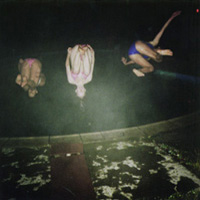 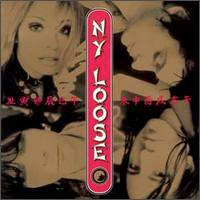