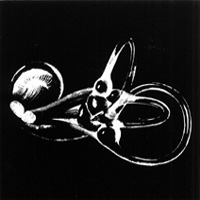 In an auditory world of compromise and blandness (so much so that even a nostalgia trip to 1970s garage rock is touted as a movement that will “save rock”), the mere fact that Skeleton Key has stuck around for over six years making their art-tainted rock fiascos is a grand feat. Factor in that the music is just as interesting as it is, well, rocking, and it makes you want to bore into their heads to see what makes them tick. Divorced from Capitol halfway into Obtanium, the pre-Ipecac recordings turned up on An Ellipse EP, and were re-mastered for Obtanium. In the years between labels, several Key members (sorry, I couldn’t help it) faded in and out, most notably Rick Lee’s drums-from-the-dumpster/klang-und-klong percussion (elements of which [and Rick himself] are still found on Obtanium, though not as present as on their Capitol debut, Fantastic Spikes Through Balloons [whose album cover was nominated for best cover art at the Grammys]).

The new album itself is very slick, much cleaner and sharper than previously heard.
That was primarily from Capitol… We honestly believed that they were going to get behind us and they wanted a much more “similar” album to what was popularly available, just in case we ever made it onto the radio. There were some good and bad things about it. When we all come down at the same time, it’s really powerful, but it loses that stumbling, lurching, locomotive feel that we all enjoy, and that’s really the sound of Skeleton Key. 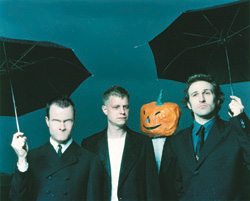 You were in the Lounge Lizards for a long time. What, if anything, did you learn from a leader like John Lurie?
John had a definite vision, and if you were similarly-minded – which I was – it was perfect. I mean, I was 20 when he asked me to join, and he was, like, 33… that was a major leap of faith for him to hire this kid for his band. A lot of people don’t always hear how I got to Skeleton Key from the Lizards [note: The Lounge Lizards were/are a NYC art-jazz big band, known for intricate songwriting as well as massive multi-instrumental free-for-alls]. But it really was how he would approach the music, the things he would say to us. He would ask us to play things “delicately, like they might break” at one time, and “like we’re falling down the stairs” at another. He once said that he hires musicians “that not only know how to play well, but can also sound like they found their instruments on the way to the studio.” To be able to treat songs like that is a hard thing to ask of musicians.

One thing I’ve noticed about your songs is how the lyrics don’t always have direct meanings. Like, you can tell it’s about a relationship, but there aren’t any pertinent facts or descriptions.
I came very late to the world of songwriting. My history is as a bass player. I didn’t start writing songs until I was in my mid-to-late-20s. So I saw an interesting proposal in front of me, as being the guy who didn’t grow up writing songs, strumming on a guitar. I kind of looked at the music and the lyrics as two different entities. I thought “here’s an opportunity for me…” It’s like doing a crossword puzzle, a very intriguing combination of the two elements bumping up against each other. Words, literature, are the most concrete aesthetic format. Words are coming out of my mouth, and you know what my intentions are, within reason. Music, on the other hand, is so abstract and ephemeral; it’s the most un-concrete means of communication. The opportunity to put these together was a challenge. One being so deliberate and specific and one so diaphanous in its content. So, I’ve got the music, and I need the words, so why not steal from the best?

I’m a big fan of the surrealists and the meta-surrealists, Gabriel Garcia Marquez and Bruno Schultz, and I tried to use those sort of words to convey meaning without being too didactic… y’know like, “who gives a fuck who I am,” so any time I use the word “I,” it’s always from another character’s point of view. So everything has to have at least a double, if not triple, entendre. The meaning is somehow buried behind (hopefully) attractive and intriguing words that either work in tandem or in conflict with the music. It’s the idea of having really beautiful music and really violent lyrics equals a third thing that you can’t necessarily predict. And that’s an interesting proposition. 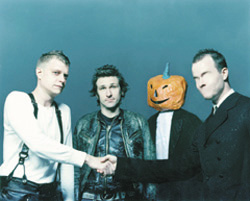 There have been a few line-up changes since moving from Capitol. Are there any differences in putting the songs together?
A lot of it had to do with the nature of how that band worked [on Fantastic Spikes…]. Everybody voted, with 25% say of how the music was put together. Now, I’ve reluctantly taken the role of band leader, which is very much against the grain of my nature, but gets things done faster, so I say it’s maybe not as filtered now. Because the old stuff was written under this aesthetic umbrella, but everybody was adamant about what they were or were not willing to do. Personally, some of the things they were not willing to do were detrimental to the music. Some guys were preoccupied with how the band – and they themselves – was perceived, and not wanting to appear to be “muso”…

Muso?
Somebody who’s really overly adept at their instrument.

Wankers…
Yeah, because they’re rock songs, and though you want to stimulate people from the neck up, certainly from the waist down is more important. In the end, it’s music, after all, and not a math problem.
(PO Box 1197 Alameda, CA 94501) 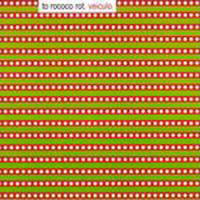 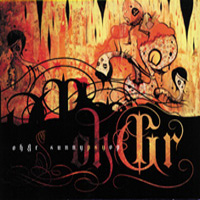