With Teeth (Nothing)
by Lex Marburger

The first thing I noticed after an initial listen to With Teeth, the new album by Nine Inch Nails, was fairly jarring. It was the kind of thing that makes you say, “What the fuck?” Simply put, it was the track “Obey,” which opens with a disco beat. Not a techno-industrial-offbeat hi-hat thing, but an actual, honest to goodness DISCO BEAT. It’s pretty disconcerting, especially since the rest of With Teeth is classic Reznor.

Aside from that one misstep (let’s hope it’s not a new direction. If so, I strongly suggest that Trent get back on the drugs and booze), the album stands up quite nicely. Moreso than before, the drums figure in quite prominently, mostly avoiding standard beats, and propelling the songs into familiar territory. There’re the ultra-digitally distorted guitars, odd time signatures here and there, and Trent’s habit of sprinkling in some acoustic piano. And the screaming. Can’t forget the screaming.

One difference between With Teeth and previous albums is the lack of leitmotiv; the small theme that pervades The Downward Spiral (most clearly found at the end of “Closer”) and The Fragile (there are several strung out {oop, mind the pun} through the album, just listen for familiar lines). I suppose you could say that the common thread here is that the lyrics all seem to deal with drugs and their lure. Luckily, they aren’t sappy, recovery-minded “gee, my life is so much better now” lyrics. That just wouldn’t be NIN’s style. No, they’re mostly about what drives a guy like him to the bottle, or the needle. 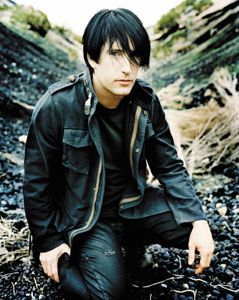 So far, the only track that really stands out is the title track, “With Teeth.” A shuffle beat, skewed off to one side, supports bursts of bass, angular guitars, distorted to the breaking point, and lyrics glorifying drugs (metaphorically, of course. This ain’t no My Life With The Thrill Kill Kult here), but, as the chorus insists, “With-a Teeth-a” (a little Fall influence? Nah). In true Trent style, the bridge section all but falls away into muted piano and whispers, before busting back in full volume.

Other than that, the best tracks on With Teeth are the slow, and (relatively) quiet ones. “All the Love in the World,” “Every Day Is Exactly the Same,” “Sunspots,” and “Right Where it Belongs” all have more pathos than the Broken-era “You Know Who You Are,” or the Fragile-tinged “The Collector.” Not to say that the harder ones don’t kick ass, they just seem more pushbutton. But it’s still a better button than most of what’s out there.

The production, as always, is immaculate. No matter how much crazed noise is filling the speakers, you can always make out the little odd melodies and layers he slips into the songs. NIN get the aggression, the angst, and the brutality of the music, but they don’t miss the subtlety. And that’s why, ultimately, you’ll want to keep With Teeth on the top shelf of your CD collection. Until the remix CD comes out. Oh, there’s sure to be a remix CD. There always is. Just as long as it’s not eight versions of that disco track, OK?
(www.nin.com) 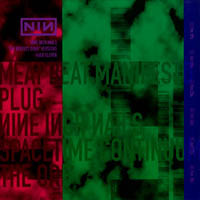 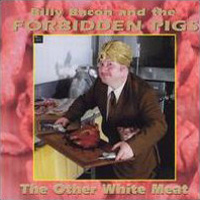 Billy Bacon & the Forbidden Pigs – The Other White Meat – Review