So simple, so useful. “Genius seems obvious in hindsight.” Don’t know who said it, but I’ve repeated it plenty. We tend to think of “new ideas” and “innovative inventions” as a cell phone that’ll start your car on a cold morning or a pill to make some part of you bigger, smaller, harder, or worry-free. Whoda thunk this goofy-looking thing from Orca Communications, retailing for $7 at mainstream places like Target would be a perfect gift for friends and family? Admit it: You have at least one pile of CDs or DVDs or games. You justify it by saying “I use these often, so why put them away?” or “I just used them and haven’t put them away yet,” or you’ve given up and just concede “yeah, I leave things lying around sometimes, shaddup.” I do, my friends do, my dad does.

Now, for $7, you can get away with leaving six to eight things lying around. Different color plastic platters with rubbery gripping bottom and a spiky top: It’s so simple, it’s amazing human evolution got this far without having thought of it sooner. An added bonus: The little nubs between the spikes keep the CDs from slipping out when you move it around. Not only do I leave things lying around, I sometimes don’t properly calculate all the possible outcomes of every casual motion, and when I moved my new Spyke-IT from one cluttered flat surface to another, all the CDs failed to go flying, crashing to the ground and scaring the shit out of my cat, cracking cases and breaking off those criminally-fragile tabs, inspiring me to accept no responsibility for my stupidity, but instead, blame the product and throw it across the room, breaking it too. Upon realizing the product’s clever design short-changing me of a tantrum, I took the CDs out, stacked them carefully on a cluttered surface, then threw my Spyke-IT across the room. It didn’t break. So I did it a few more times, partly to see if it’d break, partly because, well, I’m just like that. It still didn’t break. For $7, I don’t have to put everything away anymore. That’s money well spent.
(www.spyke-it.com) 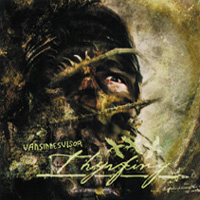 Battlecross – War of Will – Music Stream 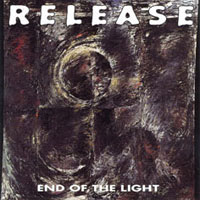 Release – End of the Light – Review