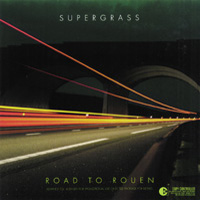 Any inventive, creatively wealthy artist gets tired of the same frame and canvas after a while. Supergrass are no exception. Along with fellow Brits Doves and Idlewild, the band have chosen to eschew the familiar path for new territory on their latest, Road to Rouen, which also happens to be the first album past the band’s 10 year birthday. Granted, Supergrass’ sophomore record, In it For the Money, was viewed as a departure because it was more “serious” than the rawkin’ debut, I Should Coco, but never have the band completely reinvented themselves more than on this new platter.

Looking for buzzsaw pop along the lines of “Richard III”? Not gonna find it. Even the slightly uptempo ones (“Sad Girl” and the title track) unfold in abstract symmetry, rockin’ the boat with strange accentuations and a Zen-like control over stillwater transitions. In fact, the overwhelming feeling one gets from listening to Road to Rouen is of peace: A calming, sedated, warm sensation that almost lulls you to sleep in the best of ways, as the songs quietly blend into one another in a sea of tranquility. Perhaps it’s because almost none of the song titles are even mentioned in the lyrics, but afterward, you can’t pinpoint specific singles, yet are able to remember the overall experience as one of soothing peace.

Certain aspects stand out: Opener “Tales of Endurance (Parts 4,5 & 6)” utilizes a riff not dissimilar to that one horrible Franz Ferdinand hit, but to much better effect, first acoustically and then smattered with elastic distortion. Somewhere in between, guitarist/vocalist Gaz Coombes mentions “commercial suicide,” just after a wave of trumpets reminds you of “Pretty Little Ditty” by Red Hot Chili Peppers. “Roxy” takes a turn halfway through into Revolver/Sgt. Pepper’s… territory, as the band hypnotically jam behind chaotic strings and white-washed noise. As violins/cellos quiver chromatically up and down the scale, the song builds into a crescendo that’s more kaleidoscopic than messy, more mosaic than abrasive. At this point, just as you’re a bit worn down by the new, “less fun” Supergrass, they cleanse the palette with “Coffee in the Pot,” an irreverent one minute-plus intermission of sorts that cracks you up with its randomness (cartoonishly Western).

But again, after the entire album’s done, it’s hard to remember exactly what songs sounded like what. You simply walk away understanding that Supergrass have never made an album so sublime, subdued, or cleverly under-dramatic. Is this a good thing? For listeners willing to trust the band’s muse (such as myself), yes. Road to Rouen might not be what you’re used to, but it has more rewards better than yet another happy-go-cheeky collection of guitar-driven singles.

Road to Rouen has been made out to be a “departure”: Fewer big hooks, more “mature” mellowness. Would you care to elaborate?
It happened quite naturally, actually. It felt kind of pointless for us to keep making the same upbeat pop that we’d been making. And that’s the great thing about being in this band: We can accept how we’re feeling at the time and move forward with it. I don’t think we’ve ever made the same record twice. Of course, there are Supergrass traits on all of them – the hooks and everything – but Road to Rouen is still quite melodic. It’s still got our essence and touch.

I think people associate us with big singles. With this record, we wanted to make a complete album. It’s easy to get excited when you’re writing an upbeat number, because it has such a natural energy to it – plus the label can grab onto it easily – but with this record, I wanted it to be like some of my favorite albums – Physical Graffiti, for example – and be its own entity. 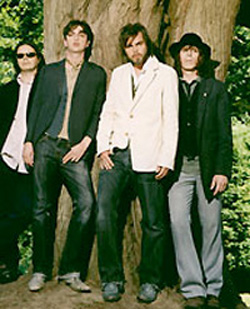 How has the reaction been in the UK?
It’s been good, for the most part. But then again, I don’t read much of our reviews, unless I’m going through the papers and happen to see something: Then I’ll have a bit of a read. I think people understand what we’re trying to do. We’ve always had that touch of darkness – melancholy – in our records with weird songs and whatnot, this time we just let it flow more. We went with it because it felt like a wider spectrum to work in. In the past, sometimes people focus on the singles, and the rest of the album kind of gets ignored. But for us, right now it’s more interesting to not write songs like “Pumpin’ on Your Stereo.”

I’m asking because Idlewild recently made a “departure” record, and it got a split opinion, even amongst their fans. In their own words, it seems like – in today’s music business – you either have to be a hot new band or a GIGANTIC older band. There’s no in-between. And there’s no allowing an older band to tamper with their sound unless you’re Radiohead, because “Oh, that’s just what Radiohead does.”
Right, right! (chuckles) I do feel that the industry is different than when we first started. Today, you need to be focused and have goals to be the biggest band in the world, whereas we started and were simply lucky enough to have the kind of songs that people wanted to hear at the time. I suppose we were focused and driven too, but we didn’t have to knock people out of the way to do it.

I love Oasis: Their first record is one of my favorites. But they’ve turned out to be just another British pop band, you know what I mean? They had the chance to make people say “Jesus, is THAT Oasis?” but they never quite fucked with people’s heads.

That’s what I mean: So many bands are playing it safe, while the daring ones get squashed for trying something different.
A good example would be Coldplay. They have more pressure on them than anyone else! When they come out with a new single, it has to be top five – it has to be – or else they’re on “the big decline.” When you’re that big, it is demanded you be consistent. We’re lucky in that we’re at this intermediate stage where we don’t have such pressures. We can still do well, making records that we like.

In Road to Rouen‘s bio, you’re quoted as saying certain personal matters influenced the record’s feel. Would you care to elaborate?
Well, you know, when you create something, it’s supposed to reflect the life you’re living, right? A lot has happened to us since the last studio album. I can’t speak for the others, but we’ve all sort of had personal difficulties. That sort of thing seeps into the music, and we let it, because it felt natural. My daughter was born a few years ago, and as cliché as it sounds, it was the best day of my life. And then me mum died last year, which sent emotions the other way.

Even though the music is a bit laid back, we didn’t want the lyrics to dwell on the negatives. We didn’t want the album to sound and feel like it’s full of these specific problems. You can hear that there are undercurrents, but they’re not overly obvious.

As you head into your second decade of being a band, how does it feel to be in Supergrass?
It feels good. It gets easier with age, you know. And I don’t think we’ve found a “Supergrass sound” yet, which excites us. We’re already talking about the next record: What we want it to sound like, how our live shows will influence it, etc.
(www.capitolrecords.com) 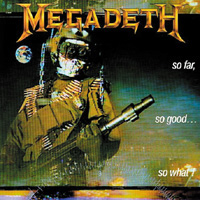 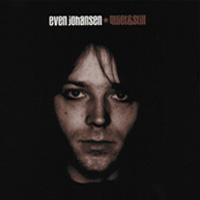 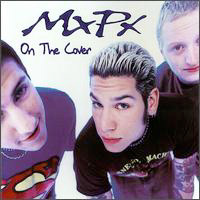 MxPx – On The Cover – Interview