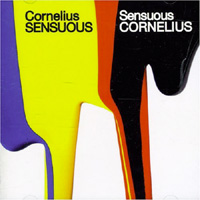 It’s been a long seven years since Cornelius‘ last opus, the streamlined yet varied Point. On that album, he minimalized its predecessor’s (’97’s Fantasma) electronica orchestra and tidal waves of colorful harmonies in exchange for a wire-y, rubbery, lean attack that used more organic instruments than ever. He kept his trademark manic panning, automation, abrupt punctuations, random vocal patches, and love of synth sounds, but the songs were no longer stuffed with layers upon layers of swirling colors. Point had reduced Cornelius’ “everything but the kitchen sink” approach to just a few instruments per song, yet it somehow also allowed the author to utilize the newfound tightening of the reins to tackle several genres. “I Hate Hate” bordered on straight ahead thrash metal attack, “Tone Twilight Zone” and “Brazil” were acoustic rides near Seu Jorge tranquility, and “Drop” and “Bird Watching at Inner Forest” managed to be danceable as well as cleverly syncopated. Point proved that Cornelius could use less to conquer more styles, a move I was greatly looking forward to hearing advanced on Sensuous. I mean, after seven years, the next leap should be momentous, right?

Famous last words, I tell ya. While Sensuous shares many similarities with Point and Fantasma – please refer back to the aforementioned panning, automation, punctuation geek talk – it doesn’t so much further Point‘s characteristics as it strips them down even more. There are even more organic instruments here, playing not a multiple of styles but a singular one. Sensuous is almost entirely composed of Cornelius’ acoustic guitar bursts, dueling (yet skeletal) beats, and, uh, a lot of space, sounding not unlike a whole album made up of “Tone Twilight Zone” knock offs. I say “knock offs” because, unlike “Tone Twilight Zone,” the songs on Sensuous lack the catchiness and memorability of Point and Fantasma. It’s merely a collection of hyper-intelligent arrangements that leave no lasting mark upon your psyche. Yes, you will “wow” and “oooo” at how Cornelius continues to turn mathematical suspension of rhythms and notes into air-y tapestries, but you won’t remember which song was good, which song had the best hook, or why you listened to Sensuous instead of Point. Cuz really, Sensuous is just Point without hooks and the multiple genres. Sound harsh? Okay, if Sensuous is your first exposure to Cornelius, I guarantee that you will shit your pants over his imagination and execution. Cuz, fuck yes, the dude’s arrangement abilities are out of this world. But you’d also be bummed to find out that his older albums had all this and catchy as hell hooks. Given the choice, would you really take Sensuous over his back catalog? I didn’t think so.
(www.everloving.com) 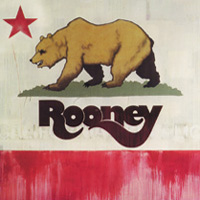