Having been a Dark Tranquillity fan since their landmark The Gallery, I can without a doubt claim that the band are by far the best “the Gothenburg sound” has to offer. No other act has been able to push the melodies, atmospheres, time signatures, and pure execution of the often-restricting subgenre to its limits as much as this sextet. From the Romanticism-laced, Lord Byron-inspired moods of The Mind’s I, the brooding Goth introspection of Projector, to the crushing aggression of Character, these guys have explored all possible corners of the darkened world with spectacular results. The songs are always excellent; the albums always satisfying both the metalheads’ hunger for heaviness as well as the connoisseur’s demand for progress. So after 18 years in the game, what could the band possibly come up with that could live up to its legacy? Well, how about the best record they’ve produced since The Gallery?

Fuck yeah, you heard me right: Fiction is as good as Dark Tranquillity’s best. It’s also better than anything the band have produced in between the albums’ 11 years. Don’t get me wrong: I’m a huge fan who loves everything this band does. But Fiction is the sound of veterans culling the best elements of their past, combining it with brand new, forward-looking tricks to come up with something that is simply flawless. It is at once fresh, nostalgic, beefy, futuristic, classic, and catchy. While albums such as Character and Damage Done also embodied many of these traits, Fiction contains them all and presents them as only a 2007 band could. Again, it is at once familiar and refreshing, a duality that metalheads can only dream of.

For the old schoolers, Dark Tranquillity have brought back their earlier trademark of dueling harmony guitars. Specifically, grinding riffs that don’t use palm muting (third riff of opener “Nothing to No One,” fourth riff of “Terminus (Where Death is Most Alive),” main riff of “Empty Me”) and instead play Baroque intervals. Without getting all nerdy and techy, let’s just say that it recalls the Romantic era’s grandeur and drama instead of, say, Soilwork’s Iron Maiden-inspired NWOBHM progressions. Indeed, it’s been a long time since Dark Tranquillity utilized this melodic sensibility, as their last two records were mostly preoccupied with palm mute-heavy, traditional heavy metal minor scales. To the untrained ear, the difference between the two might be miniscule, but if you can discern between Manowar and Blind Guardian – one is power metal, the other is power metal with blatant Medieval overtones – you’d know what I’m talking about. And there just isn’t anything like the harmonies these guys introduced on The Gallery. To reintroduce them here after so many years is really a treat to the listeners.

But if Fiction was only a rehash of Dark Tranquillity’s beginnings, it would simply be a nostalgia trip and not a modern day statement of this band’s powers. No, it also packs plenty of newfound muscle: Relevant, forward-looking tricks that make these guys sound futuristic in comparison to many of their peers. Perhaps inspired by the many art doom metal bands getting recognition today – Isis, Jesu, Cult of Luna – there are a ton of slower paced, groovy, atmospheric stomps on Fiction. The main riff of “The Lesser Faith,” the bouncy riff of “Terminus (Where Death is Most Alive),” the opening riff of first single “Focus Shift,” a good chunk of “Icipher,” and most of “Inside the Particle Storm” are all examples of how Dark Tranquillity are exploring the weight of riffs instead of speed. Having driven the speed/shred combo to its limits on Character, the band are learning to allow breathing room in their attacks. By using the guitars as a rhythmic tool and letting the keyboard be the melody – think classic Faith No More – Fiction not only retains a sense of brutality (chugging guitars), but finds a new way for the songs to be catchy. And maybe it’s cuz we as a populace have been conditioned by mainstream pop, but having the keys lead somehow makes the songs more memorable. It’s no surprise, then, that keyboardist/electronics guy Martin Brändström has never sounded more essential than right here. He is absolutely crucial to Fiction, providing much of the record’s hooks, accents, moods, etc.

As Fiction brilliantly balances these new directions with the band’s beloved manic riffing (Baroque or otherwise), it also throws Projector lovers a few bones, particularly the anthemic “Misery’s Crown” and closer “The Mundane and the Magic.” I myself would love to hear vocalist Mikael Stanne’s clean singing more, since he’s obviously great at it and can use it to break up the pacing of the songs.

So, basically, Fiction gives you everything you could want from Dark Tranquillity and metal in general, and it presents it all with variation in order to not become repetitious or interchangeable. If you’ve recently caught the band’s live show, you’d be hard-pressed to disagree. As soon as a new song is played, you can sense the shift in clarity and approach, as if the newbies are somehow in a league of their own. I, for one, am certain that they are.
(www.centurymedia.com) 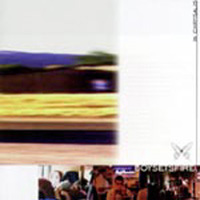 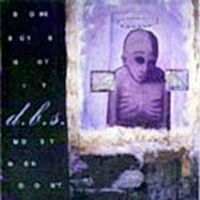 Deicide – In The Minds of Evil – Review