An interview with guitarist/backup vocalist Rob Cavestany
By Tim Den

I’ll try not to wax nostalgia or dwell too much on the past, since I’m sure you’ve already heard the same questions a million times, but tell me how it feels to be Death Angel in 2008, as someone in his mid to late 30s, compared to being Death Angel in the mid-’80s as both a part of the legendary Bay Area scene as well as barely a teenager.
Back then, it was definitely a trip. We were still in high school, but lucky enough to have grown up around older people in this amazing scene who looked after us, so we didn’t know that other cities weren’t like this. “You mean people in Texas or Chicago don’t all jam with each other, work at the same jobs, and party with each other every weekend?” (laughs) It was a trip, man. Being so young, we just thought it was the way it was.

And was this during the time in metal’s history where you could actually make a living off of it?
Well, yes and no. Yes, in that we didn’t work, but we were still in high school and lived with our parents! We didn’t have bills or rent to pay, so technically we were living off of music. (laughs) But again, back then, we didn’t need much. Some grocery money, beer in the fridge, what else did you need?

Dennis (Pepa, bass/backup vocals) and Gus (Pepa, ex-guitarist) were older, so they’d already graduated. As soon as I graduated, I got an apartment in Sacramento with Gus, and spent that whole summer there writing Act III (1990). In fact, the whole band was there that summer, hanging out and writing. All we cared about – and still only care about to this day – is the music. We just wanna jam, man. We didn’t pay attention to anything else. We had no idea that, while we were being kids in a band, there was a lot of money being made that belonged to us. It wasn’t ’til we got older and looked back and figured everything out that it was astonishing to find how mismanaged we were.

Yup, the same major label story over and over again…
By the time we were done touring behind Act III, we were just exhausted. We were spending more time in meetings than in the practice room, and that burnt us out really bad. Not to mention Andy (Galeon, drums/backup vocals) got seriously hurt in that bus accident. It literally took seven or eight years to untie the fucked up knot of the whole business situation, and by that point, The Organization (post-Death Angel band featuring everyone but vocalist Mark Osegueda) had even run its course.

What’s it like trying to do it again as adults?
You know, we’ve all been doing music throughout the years. Some more actively than others, but this is where our hearts lie. This is our passion and the only thing we care about, so it’s not like we weren’t doing music in between The Organization/Swarm/Big Shrimp and the rebirth of Death Angel. But it helps that thrash is going through a renaissance right now. The vibe feels right, and we’ve definitely benefited from it.

But now that you’re adults with families and obligations, are things any easier?
Well, in one way, yes. Death Angel have never been this tight musically and mentally as a band. We are SO ready to spend the next few years busting our asses around the world. This is going to be a huge push, and we are all 100% behind it. Songwriting has never been easier, and we’re all just beyond stoked to take it to the next level. But if you mean financially, then it’s debatable. We don’t make a living off of the band, we all have to make money some other way. Me? I kind of hustle from one thing to another. (laughs)

Seems like Gus is the only one not doing music at all, huh? I heard he moved back to the Philippines after The Organization and is living a normal life now?
Well, Gus’ “normal life” is not normal to most people at all. (laughs) But yeah, he was the one who got really sick of the whole music business thing and wanted out, but he hasn’t stopped playing either. Whenever he’s in town or I go back to the Philippines, we still hang out and jam. It’s not very frequent that we see or hear from each other – emails every three months or so: “You alive?” “Yup, you?” – but when we do, it always turns into a jam session. We bust out the acoustics and just play for hours, man. Gus is kind of a wanderer; he’ll just show up on your doorstep. Last time he did, three or four years ago, he ended up staying in San Francisco for 10 months. And then woosh, he’s gone again. He actually played on my solo singer/songwriter album. He’s all over it.

Let’s talk about Death Angel’s output since you reformed. I found The Art of Dying more traditional and primitive than what I was used to from you guys, so I’m wondering if Killing Season is going to be more diverse?
It’s always interesting to get feedback on your music, cuz I swear I’ve never had two people tell me the same thing. (laughs) And that’s great! Cuz it’s supposed to be up to the listener to decide. I’ve had people tell me the complete opposite of what you just said, but I can understand how and why you think so. On The Art of Dying, myself, Dennis, and Andy all sang lead at one point or another, and the album ends with “Word to the Wise,” an acoustic song like “A Room With a View.” To me, that’s all over the place and very schizophrenic. On Killing Season, no one but Mark sings lead, but there are tons of backup vocals from all of us. There are no mellow songs, but a lot of the brutal songs have acoustic parts to them. So which is more diverse, you know? (laughs) I can tell you, though, that Killing Season is the most cohesive and aggressive album we’ve ever made. It is absolutely crushing. It might not be “diverse” like how you might want it to be, but I think it’s just fantastic.

With Death Angel going full force now, will there be time for side projects like your solo material, Mark’s All Time Highs, and/or – gasp! – a resurrected The Organization like how Dennis mentioned in an interview once?
As far as The Organization goes, I can understand why Dennis said that there might be some stuff in the future, because never say never. The only never that I had always said was “Death Angel reforming,” and that already happened! So never say never, dude. But as of right now, it’s going to be on the back back BACK burner, because we’re ready to do Death Angel full on and without any holding back. Sure, I would love to play some solo shows and/or some of The Organization’s tunes – every time I hear it by accident, whether someone’s playing it or it comes into my iTunes shuffle, I think about how much fun those songs are – but thinking about it and doing it are two different things. (laughs) There’s nothing for us right now except Death Angel. At some point, I’d even love to be able to reissue those two Organization albums, but that’s at the far end of the shelf. Death Angel are looking forward to touring, touring, touring some more, and then going back to the studio to bang out another record and then tour, tour, and tour some more!
(www.nuclearblastusa.com) 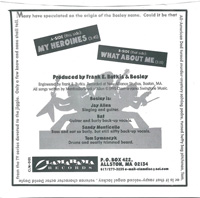 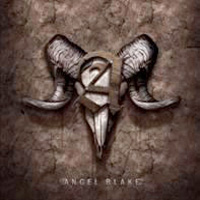