The 14th Annual New England Metal and Hardcore Festival is pleased to announce Planet Wave, d’addario, Pro Mark, and Evans as sponsors of this year’s show.

Headliners of this year’s festival, which will take place the weekend of April 20-22 at the Palladium in Worcester, Mass., are Killswitch Engage (Sunday), The Black Dahlia Murder (Friday), and a very special headliner to be announced (Saturday).

Last week’s huge announcement of KSE’s return to the New England Metal and Hardcore Festival was met with such an enthusiastic response that festival’s website crashed from all the action.

On Saturday April 21st we have a very special headliner that we will be announcing on January 2nd. The other bands we can confirm for Saturday are Overkill, iwrestledabearonce, Protest the Hero, Periphery, Bane, Shipwreck, Cruel Hand, Aborted, The Mongoloids, Belphegor, System Divide, Naysayer, The Greenery, Diamond Plate, Rotting Out, Expire, Elitist, Trump The Harlot, Manners and Malefice.

Bands scheduled for Sunday April 22nd are Killswitch Engage, Every Time I Die, Vanna, For Today, Chelsea Grin, Sleeping Giant, Stick To Your Guns, Attila, On Broken Wings, Mychildren Mybride, For The Fallen Dreams, Texas In July, Upon A Burning Body, Volumes, Like Moths To Flames, Hundredth, No Bragging Rights, Counterparts and Gideon.

Sponsors this year include All In Merch, Monster, Tama, Ibanez, Zildjian, Metal Blade Records, Break Thru Music, Shook Clothing and many more to be announced including some amazing vendors.

Performers are subject to change.

We Came As Romans grow up on new album – News 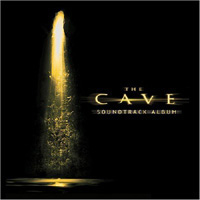