The band is thrilled to meet their fans at several signings during their main stage run at Vans Warped Tour this year, including appearances at the Project143 booth, Alternative Press Magazine booth, and the Miss May I merch stand! When arriving at the festival, attendees will be given specific times for each individual signing as well as the band’s performance times (they are scheduled to change per date).

At Heart, a pummelling album that Revolver Magazine describes as having “plenty of monster tracks, propulsive riffs, and searing breakdowns” (album review: May/June 2012), hit stores on June 12, 2012, and was produced by famed record producer Machine (Lamb of God, Every Time I Die, Suicide Silence). The band’s first album, Apologies Are for the Weak, reached #29 on the Billboard Heatseekers chart. Their 2010 sophomore release, Monument, charted on the Billboard Top 200 and hit #10 on the U.S. Hard Rock chart. Churning out over 450 performances since 2009, the band is regarded as one of the hardest working young bands in the metal genre. 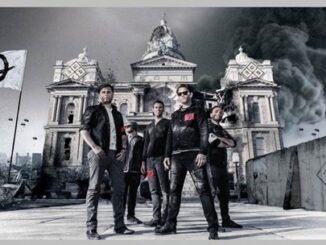