It’s Troma, so unless you rent only from Blockbuster or something, you know this is some sexy, gross, weird and wild shit. Toxic Avengers, in case you’re still struggling… While I don’t know the “plot” of this movie, the CD booklet is filled with large-breasted women with plunging necklines screaming at melting faces and decaying-faced zombies and stuff. Go to www.troma.com if you really want plot points.

The soundtrack – while representing Go-Kart a bit too heavily (no shock, all labels cram as many of their own bands onto these thing as possible) – has some really good names, mostly punk, but a few hardcore and heavy faves the punx like cuz they’re not meathead metal, ya know? And of the 23 tracks, something like 11 are unreleased, and them’s good odds. So while to a collector like me, I have most of the “big” tracks here, and hell, I woulda chosen “better” tracks from some bands, but that’s just cuz I’m a pigfucker elitist. This is a CD I can play end to end without getting annoyed that it all sounds the freakin’ same, and even when a totally second-rate song comes on (even some normally decent bands kinda half-ass it here – why do you think the tracks are unreleased, genius?), the songs are short enough and there’s always a good song following. So bad patches are short, and that’s not something you can usually say about most diverse comps.

So enough of my blather. Get this soundtrack cuz every band is a someone and it’s an easy way to get a handle on the ones you’ve missed somehow. And either go to the website and whack off or order Troma’s stuff or stay stupid for all I care. Troma’s one of a kind, and you should know that. Bands: Lunachicks, Less Than Jake, Two Man Advantage, Sick of it All, Melvins, Anti-Flag, Ensign, ALL, NOFX, GWAR, Vandals, Rocket from the Crypt, Candy Snatchers, Under the Gun, Southport, Bouncing Souls, Vision of Disorder, Down By Law, Toilet Boys, Parasites, Girls Against Boys, Doc Hopper, Entombed.
(PO Box 20 Prince St. Sta. New York, NY 10012) 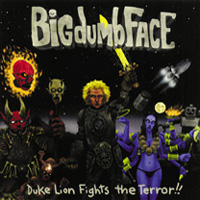 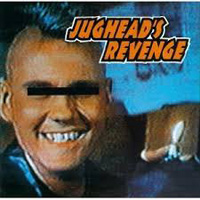 Jughead’s Revenge – Image Is Everything – Review 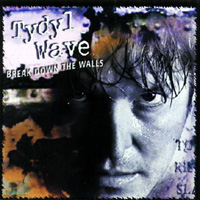