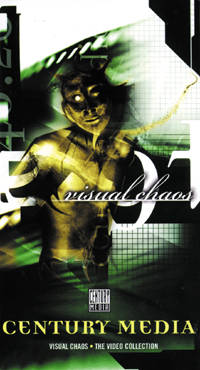 16 videos for $10. Can’t beat that shit… There’s a reference card with a little blurb about each band in case yer unfamiliar, but most of these bands are pretty well-known in the underground. And while ya might be lucky enough to catch the tightly-wound killer attack of Stuck Mojo, Canderia, Skinlab, or perhaps God Forbid on MTV or whatever video shows you can find that play music videos with white people in them, it’s pretty doubtful you’ll ever see videos of Nevermore, Arch Enemy, or Dark Tranquillity or any of the rest of ’em.

And that’s really a shame. Cuz without these band and videos, uh, people might think metal “progressed” from the thrashy days of Testament and Metallica and all that Headbanger’s Ball-type stuff to, like, Mudvayne, and that’s just not the case.

Sentenced, Iced Earth (not present) and even deep-voiced doofuses like Moonspell are the direct descendants of those great metal forefathers and nü metal, well, take yer pick where you place the blame for that shit… (I kinda see it as whatcha get into when you outgrow hardcore and want to drink beer, and it’s comfortable cuz it’s pretty much senior-in-high-school mentality, and it never really gets too deep or complex or challenging. We’re not talking Maiden and their epics about literature, we’re talking about “throw your hands in the air.” Oh, and this is bad, in case I’m losing you here…)

Fun moments include Tiamat‘s lead cueball Johan Edlund dressed as a Goth bullfighter (the chick looks kinda like Christina Applegate, Johan is on fire he’s so gay and theatrical, and the truck he’s bullfighting in the desert is one of those mammoth things the size of a building) and the Stuck Mojo video for “Rising.” It’s heavy rap metal set to Diamond Dallas Page and a few others slamming each other to the mat and throwing pumped-up guys out of the ring. Group shouts and the “passionate/manly” singing that’s all the rage now are present (Stuck Mojo’s been doing it for years, so where have you been?) and the end is the closest thing you’ll find to Southern rock Skynyrdism grinding slow and heavy. These guys shoulda been huge. 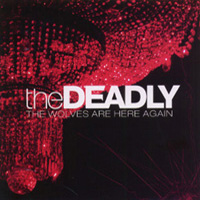 The Deadly – The Wolves are Here Again – Review 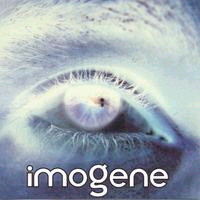