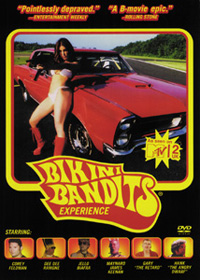 I should state flat out, before this review gets underway, that I do not care for Troma films. While Ed Wood, etc., can be damned amusing, the amusement comes from the not entirely defensible act of snickering at ineptitude. The very act of trying to be bad just annoys me in the same weird way that wealthy suburban white kids calling themselves pimps annoys me. Quit being so damned fake and move along, willya?

A quick (yet completely thorough) summary: Hot women in bikinis do random stuff. And by random, I mean that as literally as possible. There is no coherence, no continuity, nothing resembling a point. Now, these things do not automatically mean that a film is bad. See Corpus Callosum, or the films of Seijun Suzuki (among others) for entertaining (and even meaningful) randomness. But Bikini Bandits Experience doesn’t even play by its own rules. Despite the fact that they’re in practically every scene, the Bikini Bandits themselves can’t really be ogled. The shots are too wobbly, short, and spastic. When I said the women in question were hot, I was working off an assumption: Since the camera doesn’t actually focus on any of them for very long, I can’t get a good look at them. I can say with a degree of certainty, however, that they possess breasts.

Honestly, I didn’t need the cover art to tell me that someone from MTV had something to do with this. It’s precisely the kind of self-conscious, slumming, incomprehensible attempt at “hipness” they’re constantly trying to sell. Ugh.
(www.bikinibandits.com) 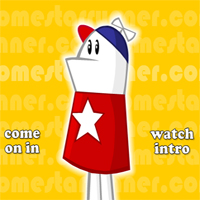 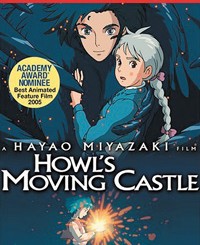